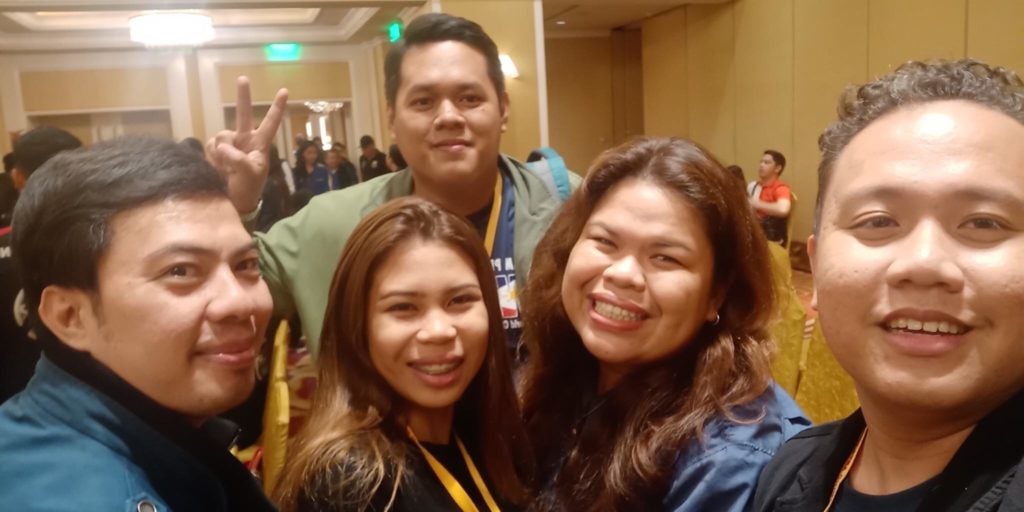 Cebu City, Philippines—It is the time of the year again where Filipino talents will be showcased in the international stage.

This as 100 Filipino performers will vie in the World Championships of Performing Arts (WCOPA) 2019 in Long Beach, California from July 12 to 21, 2019.

The Cebuano performers officially received their blue jackets during the WCOPA Blue Jacket Ceremony in Taguig City on Tuesday, July 9.  The ceremony was also the official send-off for the Filipino delegates joining the WCOPA 2019.

The Cebuano singers and the rest of the Philippine team took off from the Ninoy Aquino International Airport (NAIA) Terminal 2 bound for California, United States of America on Wednesday noon, July 10.

This is not the first time that there are Cebuano performers who joined the WCOPA.

Here’s a quick guide on this year’s Cebuano bets for the prestigious event: 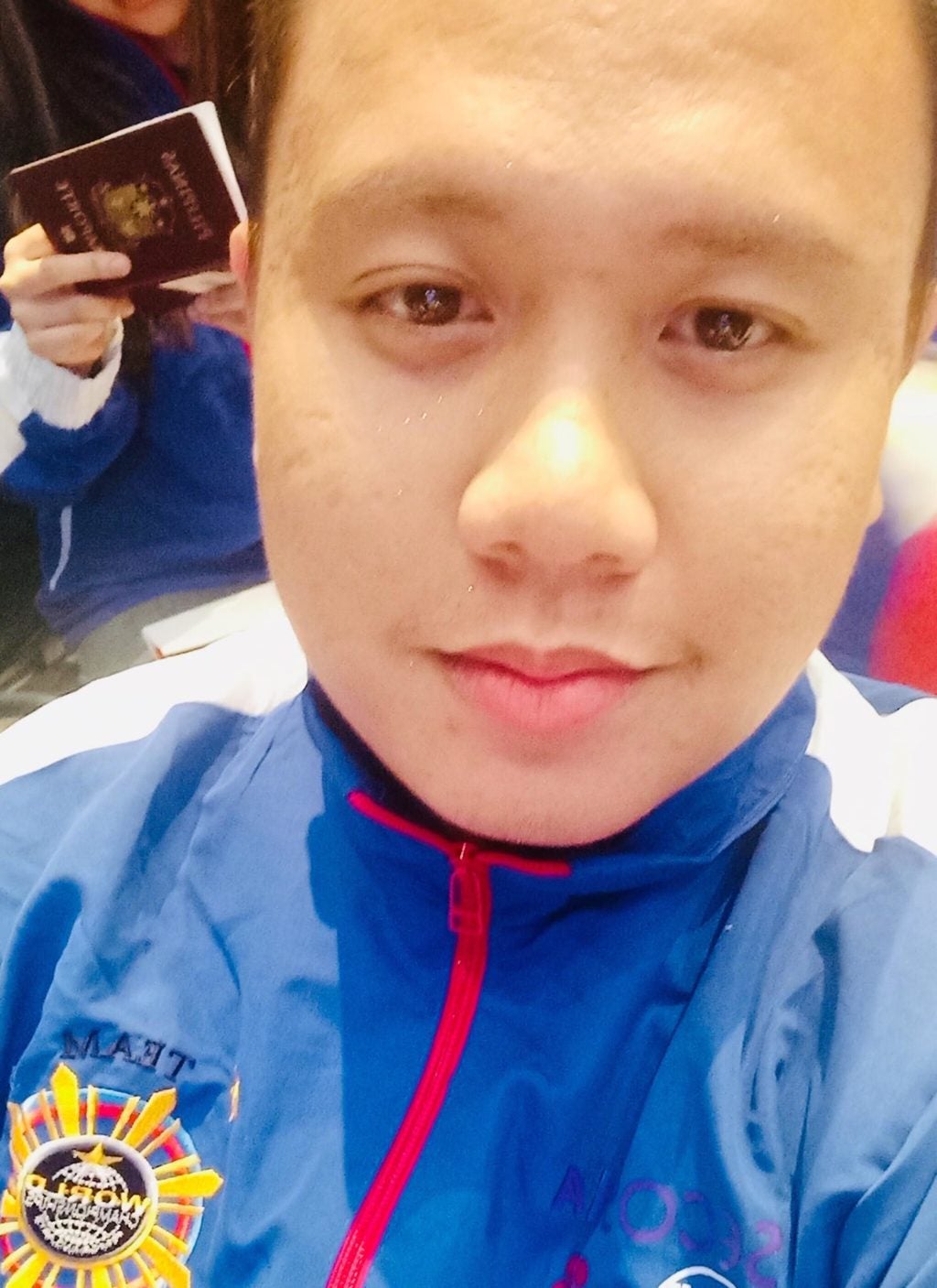 He first learned about the WCOPA way back in 2005 after his singing idol Jed Madel became the first Grand Champion Performer of the World from the Philippines.

The 28-year-old Cebuano singer from Barangay Punta Princesa, Cebu City tried his luck in 2015 and 2018 but did not make it.

But if you want to make your dreams happen, then you have to work for it.

This year, for his third try, Cayobit finally made it to the cut of WCOPA and will be competing for the Vocal Solo Category.

“To the aspiring artists, never give up lang gyud. If you fail the auditions, try again and continue to expose yourself sa mga events like singing,” he said.

Cayobit joined several singing competitions before making it to the international stage.

His first singing contest was Technologian Pop Idol in 2008 at the Cebu Institute of Technology University where he finished Top 5.

After that school based competition, he was the school’s representative for the Cebu Schools Athletic Foundation Inc. (CESAFI) Vocal Duet in 2009.

Private Schools Athletic Association (PRISAA) for the Regional Duet in 2012.

After school based competitions, Cayobit then joined big competitions in Cebu such as Sinulog Idol 2011, Cebu Pop Music Festival 2012 and 2014, and Huñino Songwriting Competition 2013 and 2014.

”I will just do my best in every performances that I do. The pressure keeps me going in this industry in a good way. In that way, our fellow Cebuanos will always be proud,” he said. 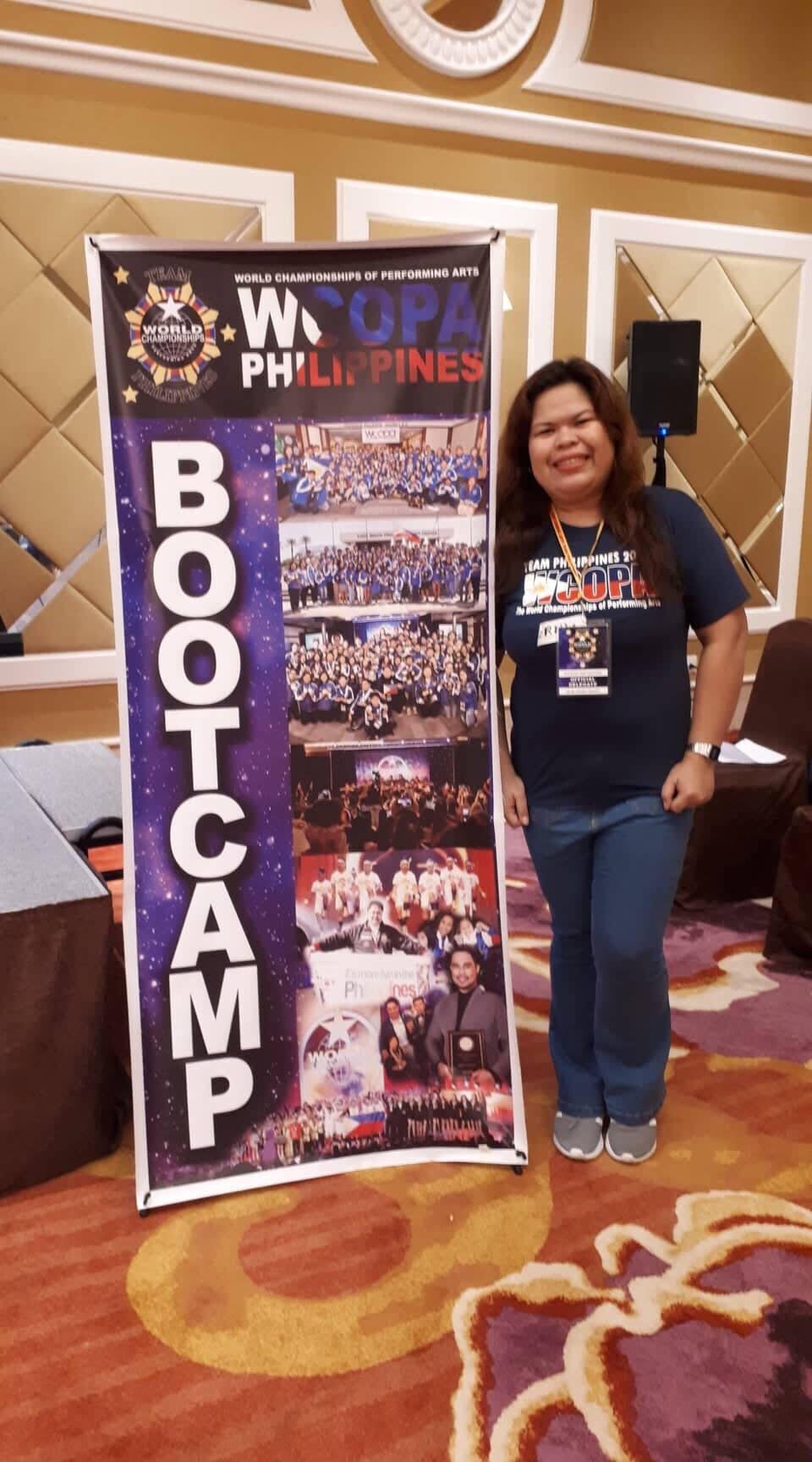 Call her lucky and blessed, Vinculado made it. Technically, WCOPA will be her first ever singing competition.

She will raise the flag and compete for the Vocal Solo Category.

“It is an honor and proud to be one of the Philippine representatives,” she told CDN Digital.

The 31-year-old accounting staff from Barangay Marigondon, Lapu-Lapu City admitted that she feels nervous knowing that this is her first time to compete.

Her singing experience in Cebu was joining videoke challenge and singing at the church as their worship leader.

“Kulba kaayo sa pamati nga usa ka sa Philippine representative especially known kaayo ang Cebu sa mga bagtik nga singers.Naa gyud ang pressure but I entrusted this journey to the Giver of Talents. Only by the grace of God we can be victorious,” she added.

(It is nerve-wracking especially that Cebu is known for the best singers in the country. The pressure is there but

I entrusted this journey to the Giver of Talents. Only by the grace of God we can be victorious.)

So how does she handle that nervousness during the competition?

“Like breathe in for seconds and shake your hands before ka mobarug sa stage,” she said.

(Like breathe in for seconds and shake your hands before you step on stage.) 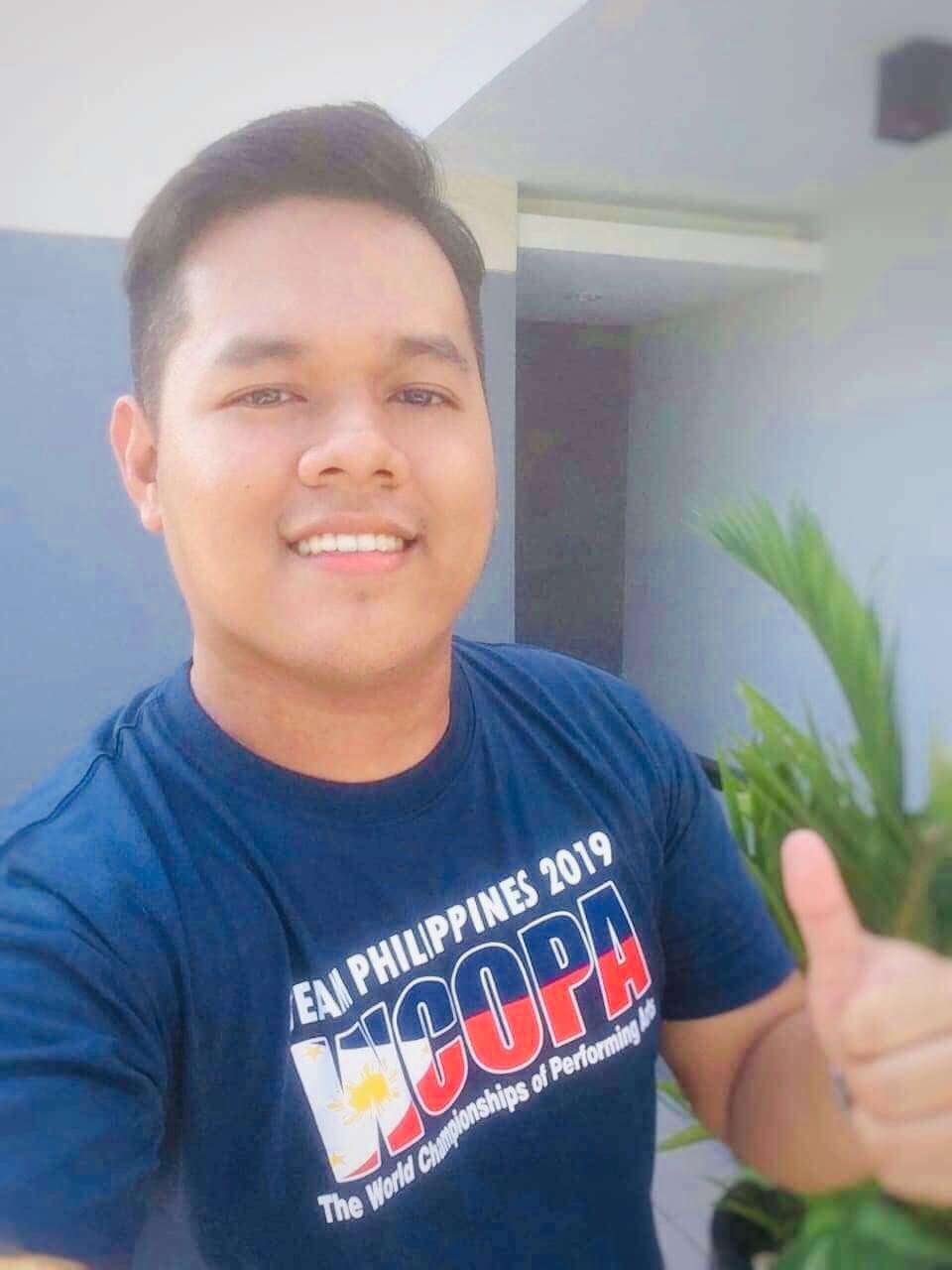 Just like other singers in the country, John Willace Tubalde is hopeful to be part of the WCOPA since 2018.

Luck also on his side that this 2019, Tubalde will be competing as a vocalist for the Seniors Division.

Tubalde is expected to sing in seven different styles under this category including the pop, contemporary, gospel, rock, broadway, world, and opera.

“I have mixed emotions as I am thrilled and honored. I am excited to show to the world how talented Filipinos are,” he said.

Since he is competing in seven different styles, Tubalde has singing coaches namely Neil Salarda and John Peterson Villarin who helped him arranged his songs and fir his vocal trainings, respectively.

He also got the help from his girlfriend Lecha Orbase who is in charge for his wardrobe and styling.

“I always keep in mind that we are competing as a team in WCOPA Team Philippines. I am always reminding myself the values of humility, perseverance, and gratitude,” he said.

Tubalde is not a newbie in terms of singing competitions in Cebu and Manila.

He is grand winner in the competitions like AwiTeofilo Song Festival 2017,  OPM Pagcor Season 2 in Cebu in 2012 and Singing Beedioke Challenge Cebu 2014.

He is also finished first runner-up in Tawag ng Tanghalan sa BCLC 2019 and The Voice of Apas 2018.

The 26-year-old researcher and writer from the town of Barili also became a Visayas Contender in Tawag ng Tanghalan 2018, a singing competition in ABS-CBN’s noontime show, “It’s Showtime.” 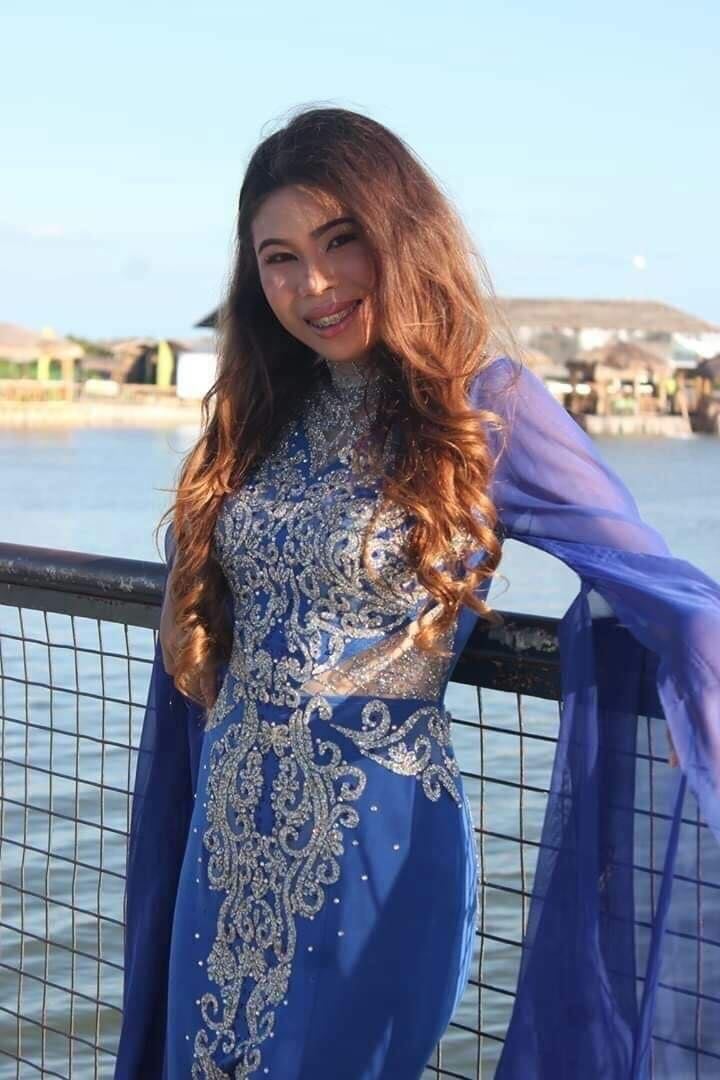 Majolica Santos is the youngest delegate from Cebu in this year’s batch.

But this 19-year-old Cebuana singer is ready to make waves in the international scene competing for the Vocal Solo category.

“It feels great to represent and make the country proud,” she said.

It is her father who is behind her in in this journey and encouraged her to audition for the WCOPA.

“He believed in me and supported so much in my talent ever since. He uplifted me which is why I am here in WCOPA,” she added.

She became the daily winner of Tawag ng Tanghalan in 2016.

With the pressure that Cebu is the home of talented singers, Santos assures everyone to do her best in WCOPA.

“I will do my best to make everyone say that I am worthy to be called a Cebuana singer,” she said. 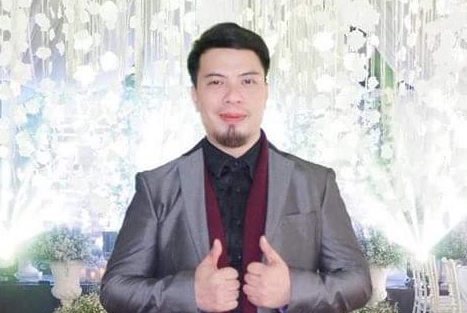 Tan is an events singer and host from Barangay Inayawan.

The 40-year-old Tan, who will be competing in the Senior Vocal Male Solo Category, admits he feels a bit of pressure, especially since this is his first time joining a singing competition.

Although Tan hasn’t joined in any singing competition prior to this one, he still has a lot of credentials to back him up.

“I have been singing since elementary. But my voice wasn’t developed yet. This gave me some insecurities in singing. In 2000, I trained with the Center for Pop Music Philippines and with vocal coach C. Kuizon of Bato, Leyte in 2007. It brought back my confidence in singing. I joined a theater group named Repertory of Young Professionals in Theater (RYPIT),” Tan said. /bmjo