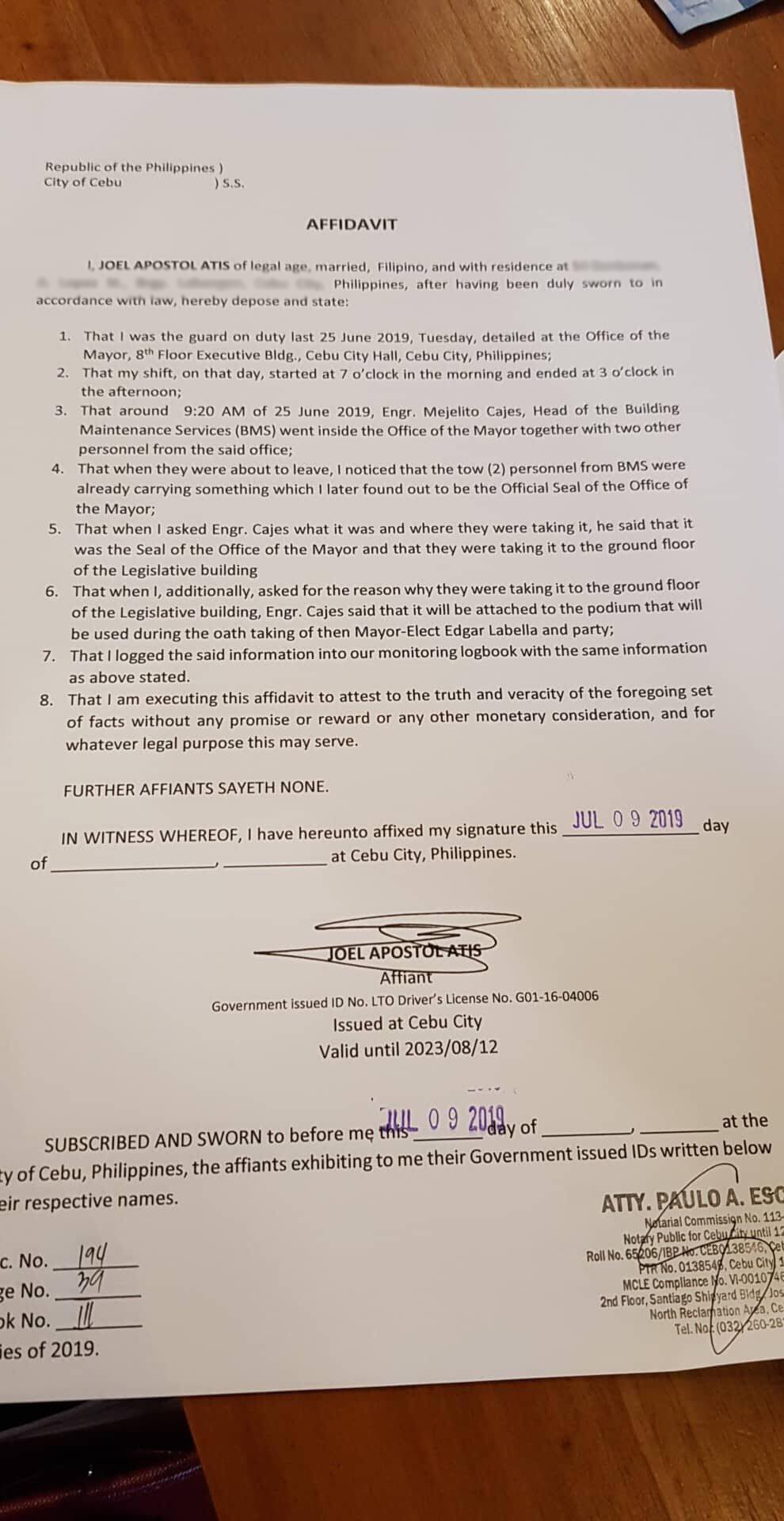 In a sworn statement dated July 9, 2019, security guard Joel Apostol said that Cajes, who is with the Building and Maintenance General Services Office, took the official seal of the mayor to be used during Mayor Edgardo Labella’s inauguration last June 30, 2019.

Cajes claimed in his complaint that the Official Seal was taken by the former mayor along with other items in the Mayor’s Office, leaving it stripped bare.

However, Apostol said he had recorded in the logbook an official entry of Cajes taking possession of the seal.

Osmeña’s legal counsel, Lawyer Amando Virgil Ligutan, said that, contrary to the statement of the City Legal Office that the lost seal was a new seal, there is only one official seal, the one used by Labella in his inauguration. /bmjo