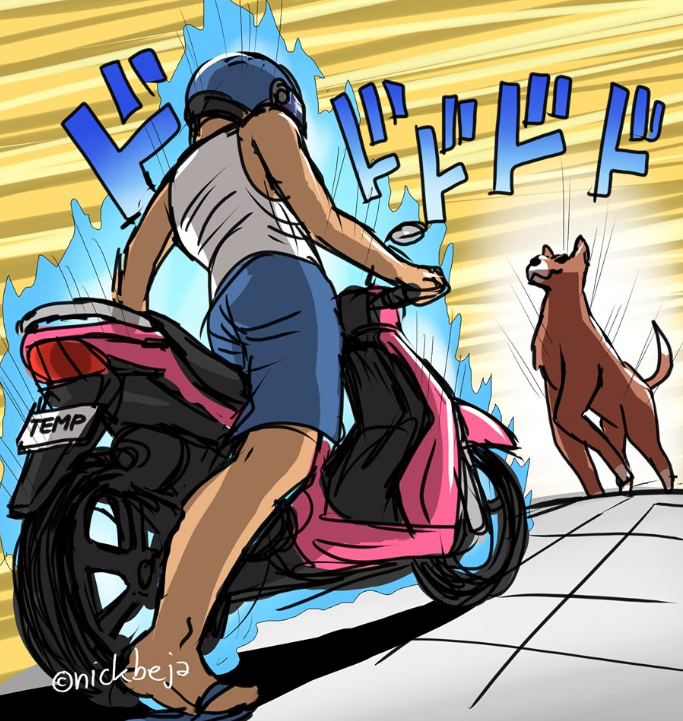 With the lyrics and melody of the anime-inspired song “Summoning eru” sticking to his mind, a Cebuano artist named Nick Beja turned the song’s lyrics into an amazing artwork.

And this artwork, which features a dark brown dog and a man wearing a blue helmet onboard a scooter motorcycle, is now gaining attention on social media.

Summoning eru, which comes from the Cebuano phrase, “Sa among iro” (To our dog), is an anime-inspired song performed by Bisrock band, Juan Paasa.

The song has been getting online attention after Facebook user Ahmed Naharba shared the fan-made lyric video of the song on his timeline.

In an interview, Beja, who is from Barangay Tipolo, Mandaue City, narrated the reason why he made the artwork about the song. 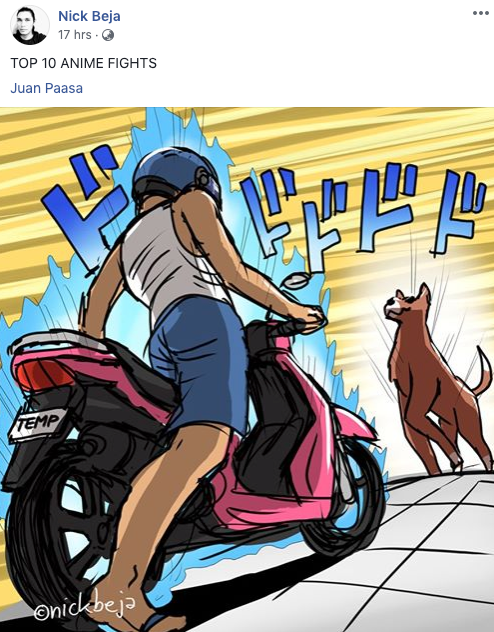 (I was entertained by listening to the anime-like song. I thought it was a soundtrack in an anime I was tricked. And I was also thinking about the ‘Oh? You’re Approaching Me? scene’ meme)

The 28-year-old Beja added that he just recently found out about the song and since then, he keeps listening to it.