Gwen to WTCI: Restore excavated Capitol lot in 48 hours or be blacklisted 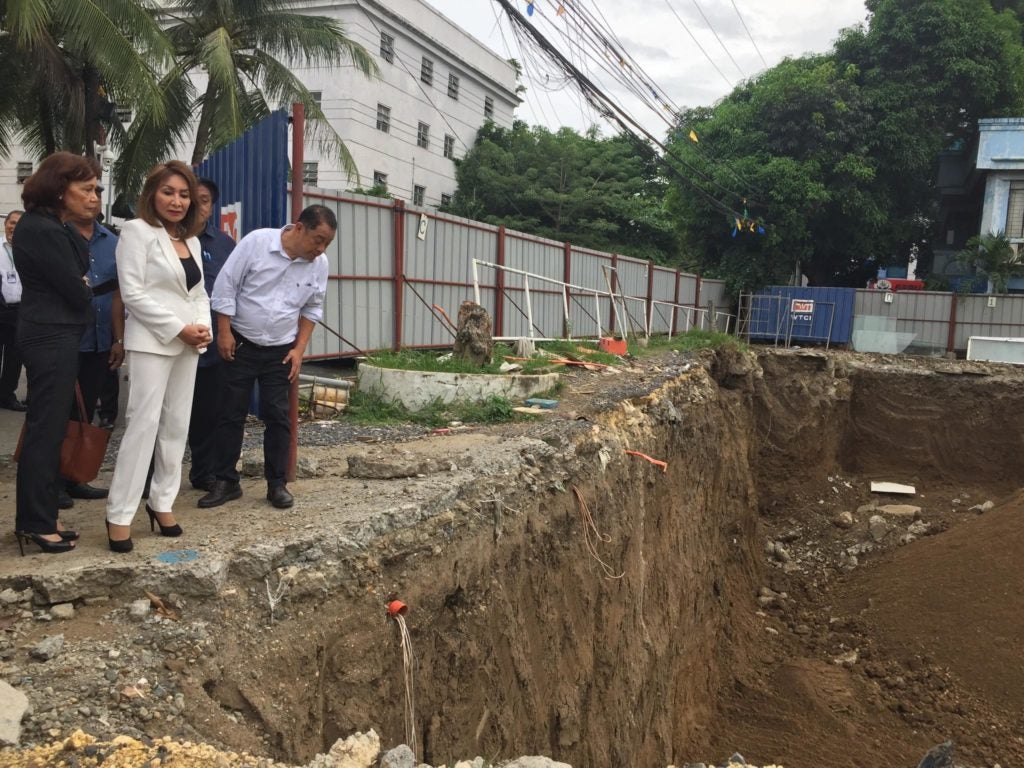 CEBU CITY, Philippines—The “abolished” Capitol Resource Center project may be the last transaction that WT Construction Inc. (WTCI) will have with the Cebu provincial government.

This as Governor Gwendolyn Garcia threatens to blacklist WTCI from undertaking future Capitol projects if it fails, within 48 hours, to start with the backfilling of the excavated lot where the 20-story building was supposed to rise.

Two large excavations are now present at the right side of the Capitol building which are supposedly part of the civil works for the foundation of the Capitol Resource Center.

But Garcia, in her first day in office on July 1, ordered the immediate and permanent stoppage of the project as it is not part of her program of government.

She also prohibited WTCI from pulling out the remaining equipment in the project site unless the firm would backfill the lot to level ground.

The Provincial Engineering Office has estimated that restoring the excavated lot to ground level would cost P6.9 million.

The governor said the backfilling should be undertaken by WTCI at their own cost as she believed that the firm “acted on bad faith” when it pursued the construction of the project despite her order not to continue it when she was proclaimed as governor-elect in May.

This was communicated to WTCI in two letters dated July 4 and 8, 2019.

In a separate interview, Garcia said leaving the project site in its present condition longer would render hazard to its surroundings.

On Tuesday morning, July 16, the Office of the Governor has sent it’s third letter to WTCI warning it of possible blacklisting if it will not heed the governor’s order to start backfilling the lot in 48 hours.

Should WTCI fail to heed the governor’s order, Garcia said the provincial government would take steps in blacklisting the firm.

Once blacklisted, WTCI will not be allowed to participate in any bidding for project undertaking with the Capitol.

Read Next
‘Falcon’ intensifies into storm; signal warnings up – Pagasa