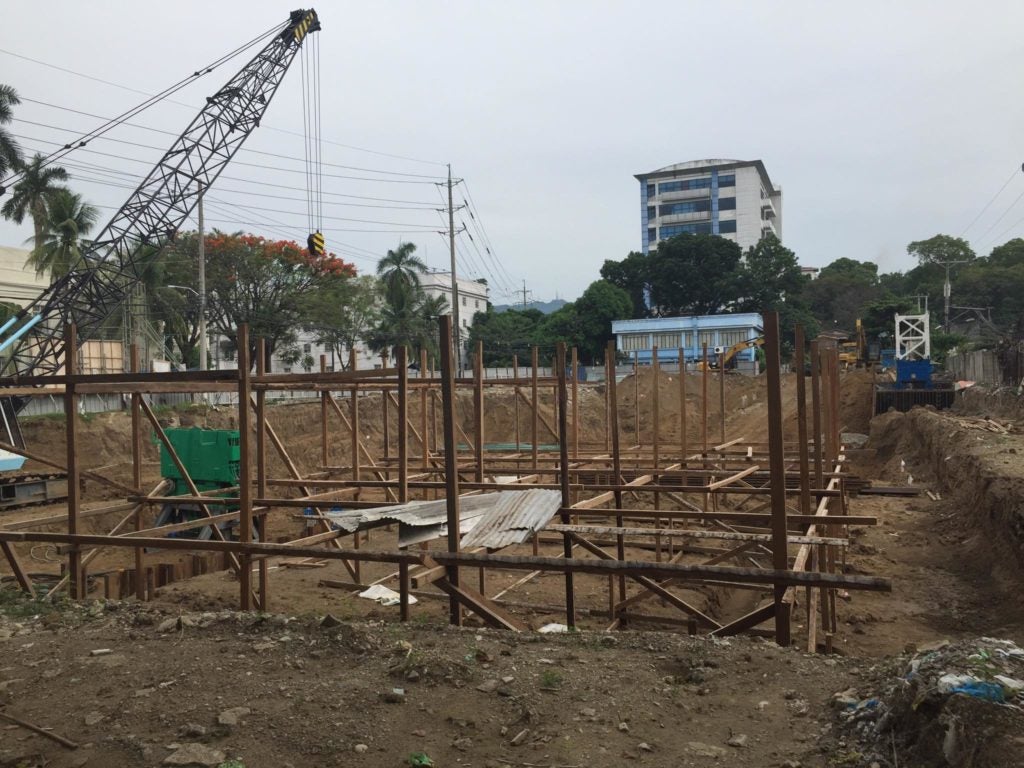 This is the excavated area at the Capitol, which Governor Gwendoly Garcia wanted WT Construction Inc. to backfill. | CDN Digital file photo

But no representative from the construction firm appeared at the Office of the Governor in the Capitol to signify their intent to backfill the property, which now bore two holes from the supposed civil works for the foundation of the 20-story Cebu Provincial Resource Center.

Garcia, through her chief of staff lawyer Frank Eduard Dinsay, sent a letter to WTCI on Tuesday morning ordering the firm to start within 48 hours to backfill the lot and restore it to level ground or face blacklisting. The letter was received shortly before noon.

“If they do not appear until the end of this day, we will take the necessary measures, as contained in our letter, to have WT blacklisted,” Garcia said in a press interview on Thursday afternoon.

As of 7 p.m., Dinsay confirmed that WTCI neither sent a representative or formal communication to the Governor’s Office regarding the matter.

Garcia earlier said the backfilling should be undertaken by WTCI at their own cost as she believed that the firm “acted in bad faith” when it pursued the construction of the project despite her order not to continue it when she was proclaimed as governor-elect in May.

The Provincial Engineering Office has estimated that restoring the excavated lot to ground level would cost P6.9 million.

Once blacklisted, WTCI will not be allowed to participate in any bidding to undertake projects with the Capitol.

Garcia also lashed out at Vice Governor Hilario Davide III for the latter’s statement that WTCI was not obliged to backfill the project site since it was not part of the terms and conditions of the contract that it had with the province.

Garcia and former Board Member Alex Binghay filed an injunction before the court in Toledo City last March 2019 in an attempt to stop the project./dbs