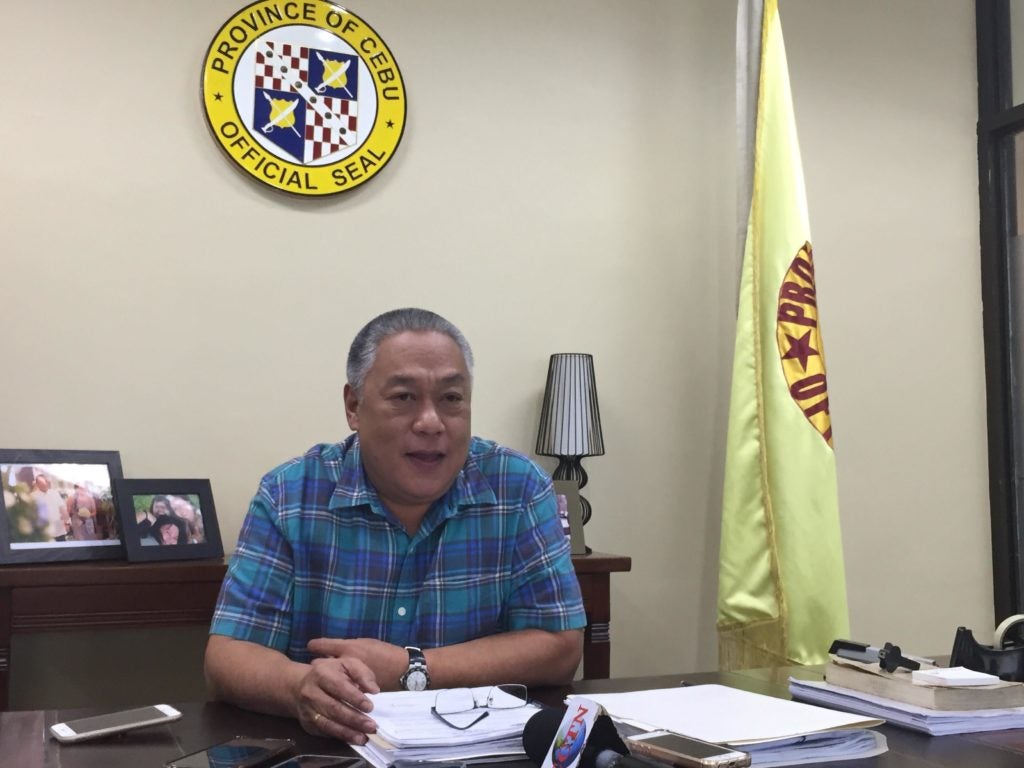 Vice Governor Hilario Davide III says that WTCI may file a case against the Cebu provincial government if it will blacklist the firm from participating in Capitol projects. | Rosalie O. Abatayo

CEBU CITY, Philippines — WT Construction Inc. (WTCI) the contractor of the proposed P1.3-billion Capitol Resource Center, is not obliged to backfill the now excavated site of the cancelled project.

Instead, the firm may file a case against the Cebu provincial government for ordering for the stoppage of the project despite a standing contract with WTCI.

Vice Governor Hilario Davide III said this in the wake of the 48-hour ultimatum issued by Governor Gwendolyn Garcia for WTCI to start backfilling the meters-deep excavation in the project site that was part of the civil works for the Resource Center’s foundation.

Garcia has threatened to blacklist WTCI from undertaking any project of the Capitol if it fails, within 48 hours, to start backfilling the site to restore it to level ground.

(For me, there is no legal basis to blacklist because the contractor did not commit any violation.)

Garcia has said that WTCI should undertake the backfilling and restoration of the project site because the latter “acted on bad faith” when it pursued with the ground development despite her warnings that she will not continue the project after her proclamation as governor-elect in May 2019.

But Davide said WTCI’s continuation of the development, until it was ordered halted by Garcia on July 1, was only part of the terms of the contract that the contractor signed with the province last February.

(There was a contract between them and the province for the project so it would be to their disadvantage if they had chosen not to perform.)

Davide, who was then governor, signed in February 2019 the notice to proceed (NTP) and the P1.3-billion contract with WTCI for the construction of the 20-story resource center.

The edifice was supposed to hold the offices of the executive department and offer office spaces that businesses and government agencies could rent.

The signing of the NTP and the project contract took place even as the Sangguniang Panlalawigan did not give Davide the authority to sign the contract.

Davide earlier cited a Supreme Court decision saying that an authority from the legislative department would not be needed if the project had been laid down in detail in a budget ordinance.

But Garcia maintained that the project was not part of her program of government because it would not benefit the constituents of the province who were residing in the towns and cities outside Cebu City.

On July 1, she ordered for the immediate stoppage of the ground work and disallowed the pullout of the WTCI equipment from the project site unless they would backfill the already excavated lot.

Davide said it was not the obligation of WTCI to backfill the excavated lot because that was not part of the terms and conditions of their contract.

He also said that it would be WTCI who might sue the province for breaching their contract when it ordered for its stoppage.

Davide also admitted that WTCI management wrote to him days before he stepped down as governor to seek guidance after the firm received a letter from Garcia warning them that they should stop the ground work.

“Akong katarungan ato (My reason for that is), you have an obligation to perform. Anyway, there is already a case pending in court. I maintained my position that only the court should be able to stop it,” said Davide.

Garcia and former third district Board Member Alex Binghay, in March 2019, filed a case before the Toledo City Regional Trial Court asking for an injunction against the project.

Davide and other Capitol executives, who were named respondents of the case, were asked by the court to comment on the complaint shortly before the end of their term last June 30./dbs