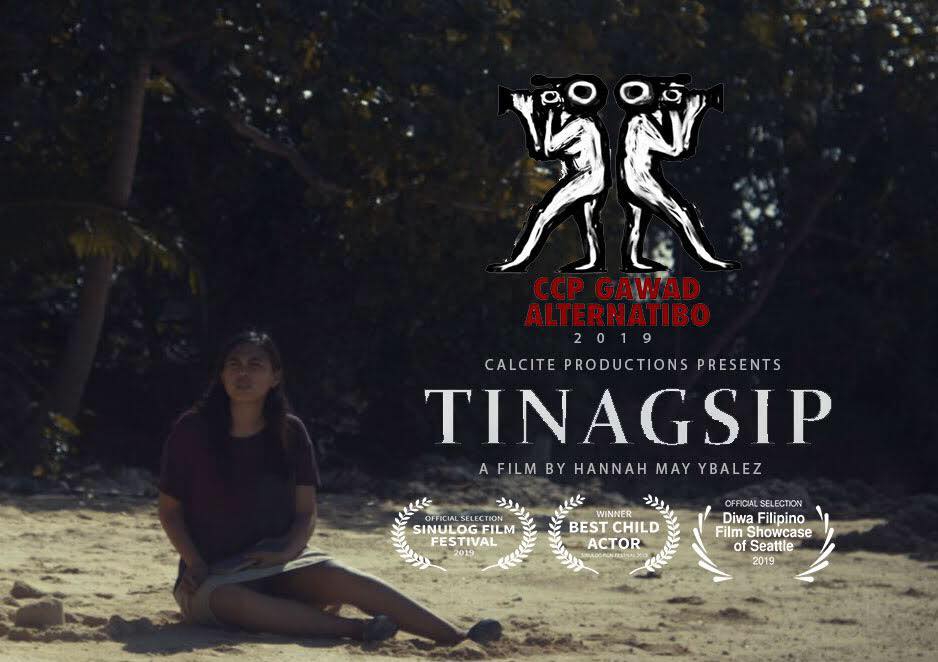 | Official poster from Hannah May Ybalez

Cebu City, Philippines—Another Cebuano short film has made it to the official roster in the 31st Gawad Alternatibo.

Hannah May Ybalez confirmed to CDN Digital that her Sinulog Short Film Festival 2019 entry, “Tinagsip” will be competing with 30 other entries from around the country under the Short Feature category.

This is the second Cebuano short film entry in the prestigious competition.

“I am very overwhelmed and happy that my film “Tinagsip” made it to Gawad Alternatibo. I am proud and grateful to the whole cast and crew, to the people behind the event, to my family, and to everyone who supported and believed in us from the very beginning,” the 23-year-old filmmaker said.

Gawad Alternatibo is an independent film competition which runs from August 3 to 5, 2019 at the Tanghalang Manuel Conde in Pasay City.

This is a component of Cinemalaya Independent Film Festival, which recognizes Filipino films in four categories which are Short Feature, Documentary, Animation, and Experimental.

Even if it is a Cebuano film, the non-Cebuano audience can still understand as they provide English subtitles.

The short film is about coping with depression, among others. The film tackles on how life becomes unpredictable and that everyone has to face problems along the way.

“If you get to the point that you want to give up, you should not. No matter how difficult the problem may always remember you are not alone you have your family, loved ones, people who care for you that will help you get through the challenges in life,” she said.

It was one of the official entries of the Sinulog Short Film Festival 2019 in Cebu City, where Espinosa received the Best Child Actor award.

Ybalez is a Lapu-Lapu City native who produced award-winning short films in the past.

together with the Wolfpac Films and won Best Film, Best Story, Best Actress in Sparta XLll in Ottawa, Canada