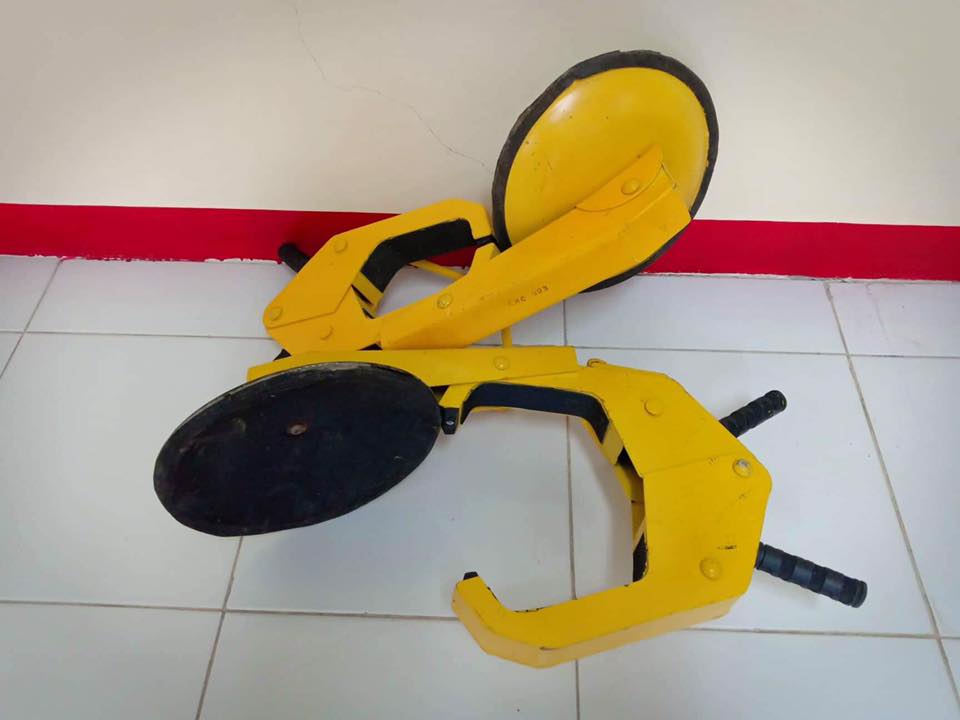 Vehicles that are illegal parked on the national highway in Talisay City and at the Cebu South Coastal Road will will now be clamped for the violation of the city’s “No Parking” ordinance. /Photo from the Facebook page of Samsam Gullas

CEBU CITY, Philippines – A no parking policy is now being implemented along the national highway in Talisay City from Barangays Bulacao to Linao and at the Cebu South Coastal Road.

“This way, our pedestrians and motorists will be protected and ensure smooth traffic flow,” Talisay City Mayor Gerald Anthony Gullas Jr. said in a Facebook post this afternoon, July 24.

Gullas said they are also studying the possibility of a city-wide implementation of the measure.

Violations of the “No Parking” policy could lead to the clamping of illegal parked vehicles and the payment of a P500 fine by the erring driver in compliance with provisions of a city ordinance passed in 2012 yet.

In his FB post, Gullas said that he and the other mayors in the country met with President Rodrigo Duterte on Tuesday, July 23, where they discussed the different concerns of the Local Chief Executives.

“Yesterday the President issued marching orders to all of us (mayors) on what would be our common agenda once we come back to our respective local government units. The President sent a strong message to the LGUs to give the roads back to the people to ensure smooth traffic flow. For me, the President’s directive is commendable,” Gullas said.

In compliance with the President’s directive, Gullas said that he also gave instructions to City of Talisay  Traffic Operation Development Authority (CT-TODA) Chief Jonathan Tumulak to implement a “No Parking” policy at the national highway and at the CSCR.

“We will study the present ordinance on what other roads in the city that we can implement the “No Parking” policy. This will be a jumpstart on a more serious implementation of our local traffic ordinances in Talisay City but will ensure that the same will be exercised with transparency,” Gullas said.