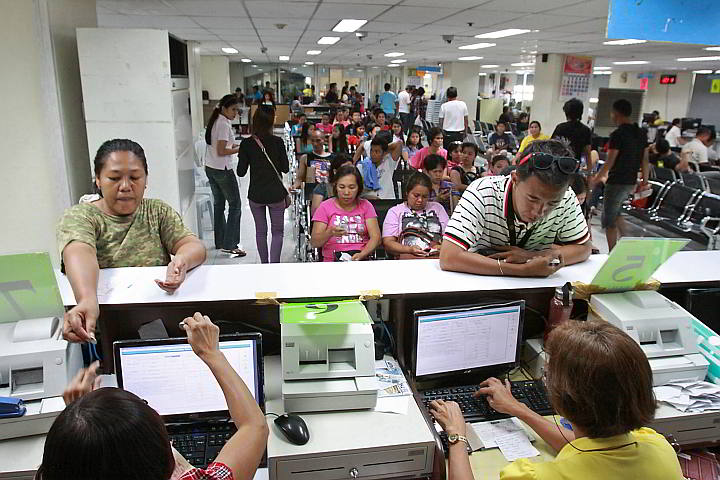 Taxpayers pay their taxes at the Cebu City Treasurer’s office in this CDN file photo.

This as starting Monday, July 29, 2019, most of the business services of the City Hall will now be transferred to the SM City Cebu in Barangay Mabolo.

“We want to inform the public that these will be moved to SM City Cebu. It has a larger space that can accommodate all these offices,” said Castillo.

The city government services in SM City Cebu will open from 10 a.m. to 6 p.m. from Monday to Friday.

The move is meant not only to provide more convenience to the clients of Cebu City but also pave way for the renovations of the ground floor of the Cebu City Hall, where these offices were once housed, to be done.

Mayor Edgardo Labella will be taking his office on the ground floor of the city hall as promised during his inaugural speech so he will be closer and more accessible to the public.

Castillo said they chose SM City Cebu because it was accessible to the public and the old VECO office, where the offices will be placed, is spacious enough to accommodate more clients.

He said this is one way to be more business-friendly to the establishments as they bring the services closer to them.

The city will pay almost a P92,000 monthly for the use of the space in SM City Cebu mainly for the electricity.

These services will remain in SM City Cebu until the construction of  the city’s new Finance Center along MC Briones Street, which is across the Executive Building, will be complete.

The Finance Center is expected to house all financial offices of the city.

This is similar with other big cities in the Philippines, which have their own finance centers housing all tax, permits, audits, and budget offices.

In this way, all similar processes provided for the city government can be accessed in one building. It’ll be like a one-stop shop.

The city hopes the construction of the three-storey building will be finished by August so they can begin the transfer.

As for Labella, he said they are now ironing out the legalities for them to be able to use the building across the City Hall for the Finance Center.

He said the city has to find a new place to house these offices because these are the ones the tax payers are mostly flocking to.

A new finance center would allow the city to serve more taxpayers and do it in a place that is more convenient and comfortable for them. /bmjo