Down 29, San Miguel recovers to beat Rain or Shine and inch closer to PBA Finals 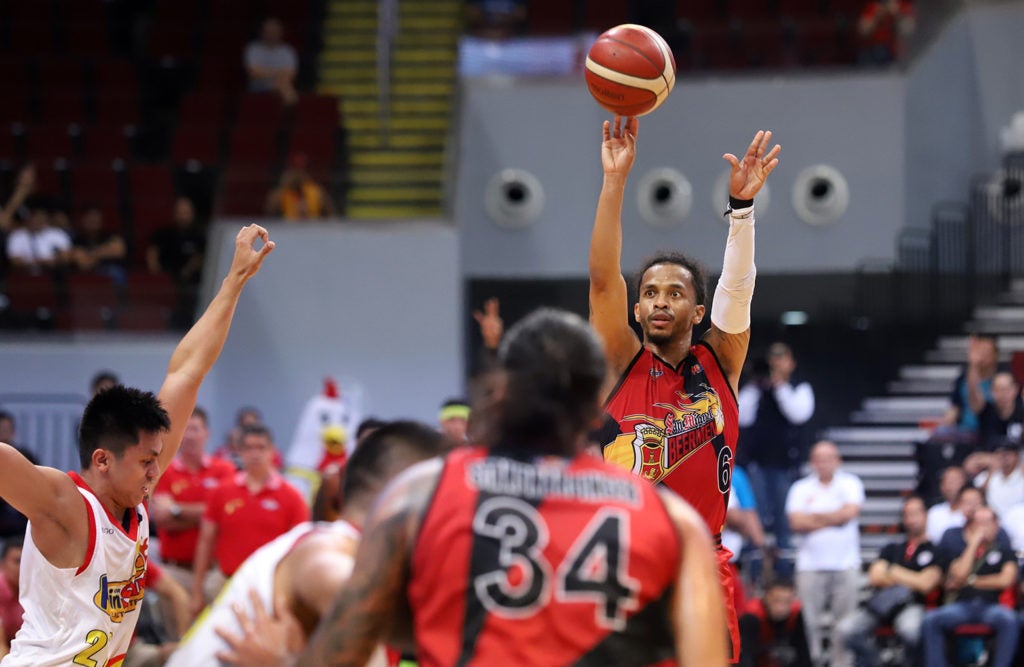 San Miguel’s Chris Ross fires one of his 16 triples in Game 3 of their semifinal matchup with Rain or Shine on Monday night, July 29, 2019, at the Mall of Asia Arena. Ross drilled in 10 threes to finish with a career-high 34 points. contributed photo | PBA Images

Manila, Philippines—The San Miguel Beermen roared back from 29 points down in the second quarter and blasted the Rain or Shine Elasto Painters, 117-105, in Game 2 of their PBA Commissioner’s Cup semifinal game on Monday night, July 29, 2019, at the Mall of Asia Arena in Pasay City.

Chris Ross put together a sensational shooting performance that cranked up the San Miguel armada, hitting triples at will to help the Beermen climb out of a 50-21 deficit and into a 2-0 lead in the best-of-five series.

Ross finished with a career-high 34 points built around a 10-for-16 clip from beyond the arc, leading the Beermen in their swashbuckling rally that coach Leo Austria later said was unbelievable.

“This game is unbelievable. I’m really surprised. We were down 29 and then all of a sudden, we got back and took the lead,” Austria said.

The Beermen gun for the clincher Wednesday, July 31, at the Smart Araneta Coliseum as another title shot would keep hopes of a second Grand Slam alive.

Carl Montgomery led Rain or Shine with 24 points and 15 rebounds.

“I really don’t know what transpired in the game. ROS played an almost perfect game in the first 16 minutes,” said Austria.

The KaTropa won the first two games of the best-of-five series in varying styles and have all the momentum to apply the broom and dethrone the Kings in Game 3 on Tuesday, July 30.