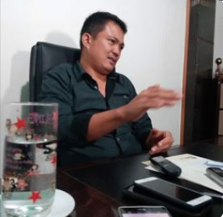 NEGROS ORIENTAL, Philippines — “We will not put a deadline on the police officers investigating the killings.”

This was the answer of Police Brigadier General Debold Sinas, Police Regional Office in Central Visayas director, on the request of Canlaon City Mayor Jose Cardenas for police to hasten the investigation on the killings especially on the two government officials of the city.

Sinas said that he would not put pressure on the investigators so that they could focus on their investigation and not make any hasty conclusion on the cases they were handling.

(We should not put a timeline on the investigators so that they would not hastily gather evidence that would lead to confusion in the investigation of the killings.)

Cardenas wanted a hasty resolution of the cases of the killings of Canlaon City Councilor Ramon Jalandoni and Panubigan Barangay Captain Ernie Posadas and a barangay tanod, who were killed on July 27.

These were just three deaths of the series of killings in the province of Negros Oriental starting July 23.

He also said that he would support President Rodrigo Duterte if he would put Negros Oriental under martial law because of the killings.

He cited security of the residents as one the reasons for his support of the plan./dbs