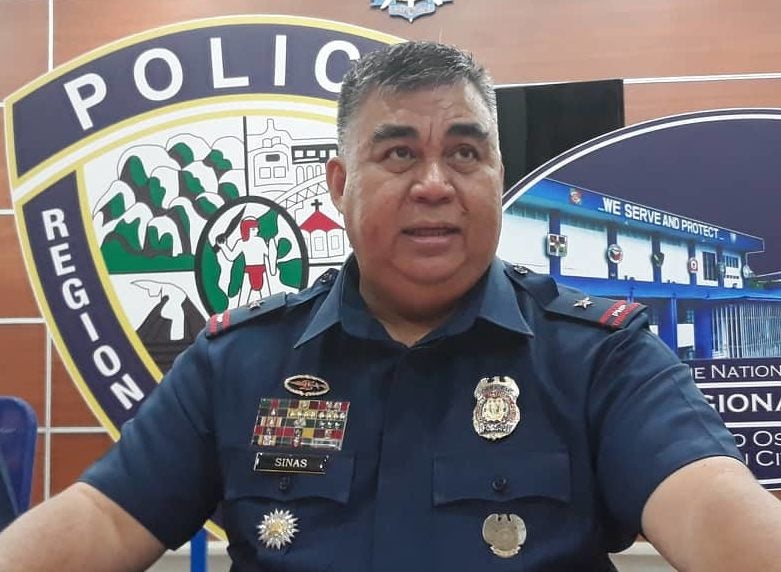 Police Brigadier General Debold Sinas, chief of the Police Regional Office in Central Visayas, reveals in a press conference that they have filed charges against 10 suspects who are allegedly involved in spate of killings in Negros Oriental. CDND FILE PHOTO

CEBU CITY, Philippines—Charges have been filed against 10 suspects, including those who are suspected members of the New People’s Army, in relation to the spate of killings in Negros Oriental province that happened in July 2019.

Police Brigadier General Debold Sinas, director of the Police Regional Office in Central Visayas (PRO-7), told reporters that they have identified and filed cases against the suspects involved in the killings of Weny Alegre and Felomino Janayan of Zamboanguita; Marlon and Marjun Ocampo of Santa Catalina; and Frederico Sabejon of Siaton.

Upon identification and gathering of evidence from July 29 to August 3, 2019, Sinas said they immediately prepared the documents and filed the cases at the Negros Oriental Provincial Prosecutor’s Office.

Oscar Bordago was identified by witnesses as the person behind the killing of Alegre and Janayan in Zamboanguita.

Jilman dela Cruz was pointed as the prime suspect for the deaths of Marlon and Marjun Ocampo of Santa Catalina.

The family of Sabejon in Siaton requested to not disclose the name of the suspect to the public.

Sinas added that two other “John Does” are suspects who are involved in Ocampo’s case, and three more individuals in Alegre and Janayan’s case.

The PRO-7 chief said the three men admitted being involved in the killings of the four policemen in Ayungon town last July 19, 2019.

At present, the three men were filed with charges for illegal possession of firearms and ammunition. / celr