Organizers ready for any eventuality: Regent Aguila Ironman a go on Sunday 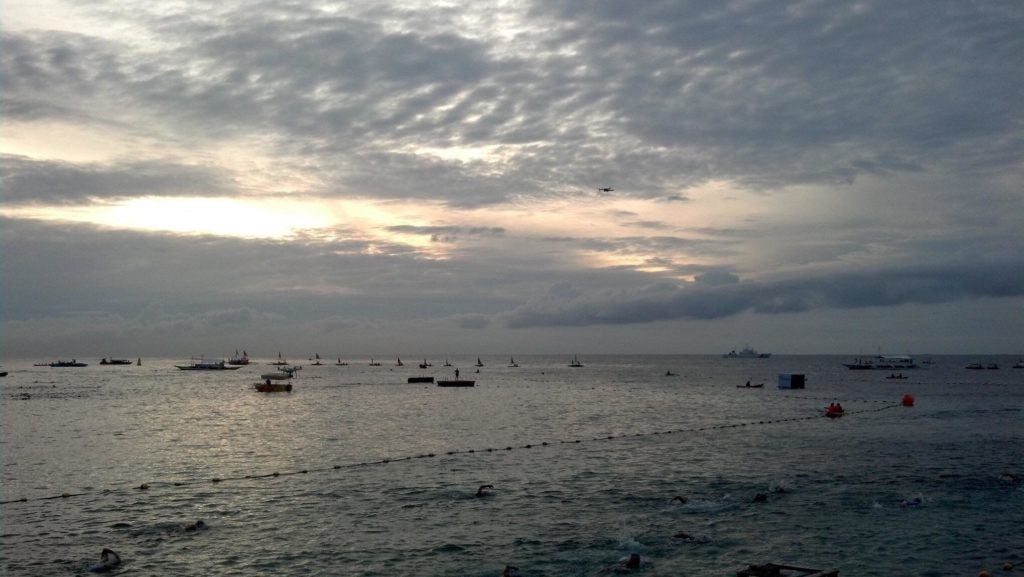 Calm seas in Mactan Island in this 2018 photo greet participants in last year’s Regent Aguila Ironman race. On Sunday, organizers hope the weather will cooperate to have a successful race. | Mars G. Alison

CEBU CITY, Philippines — Whatever the weather will be on Sunday, August 11, 2019, there will be a Regent Aguila Ironman 70.3 Philippines-Cebu.

Princess Galura, Sunrise Events Inc. general manager, gave this assurance during a press briefing at the Watami Grill and Sushi Bar at the Ayala Terraces on Thursday, August 8.

“We are prepared for any eventuality. But, we will look after the participants safety and welfare,” said Galura.

She said that although weather forecaster Kim Atienza had assured them that the weather would improve this Sunday, they had a contingency plan in place.

She added that all Ironman races held elsewhere in the world had contingency plans in place for cases such as weather disruptions.

According to Galura, they could either shorten the swim or shorten the bike (races) but either way, there will be a race.

Worst case scenario will be to turn the half Ironman into a duathlon where instead of swimming, the swimmer will be made to run between three to five kilometers towards Punta Engaño before transitioning into biking.

Cebu has been experiencing strong winds. While Typhoon Hanna has not been directly affecting Cebu, it has made the southern winds stronger prompting the Philippine Atmospheric Geophysical and Astronomical Services Administration (Pagasa) to issue gale warnings.

The gale warnings have also prompted the Coast Guard to put out a travel ban on small vessels like motor bancas.

Pagasa, however, has also said that they would be expecting Typhoon Hanna to leave the Philippines by Friday, August 9, 2019.

In the last seven years since its inception in 2012, the Ironman 70.3 Philippines Cebu has always been held on the first weekend of August.

This year, Galura said they decided to hold it in the second weekend because the current and tide readings were strong. And, they did not want what happened in 2016 to happen again where 300 swimmers were cut off from the race./dbs