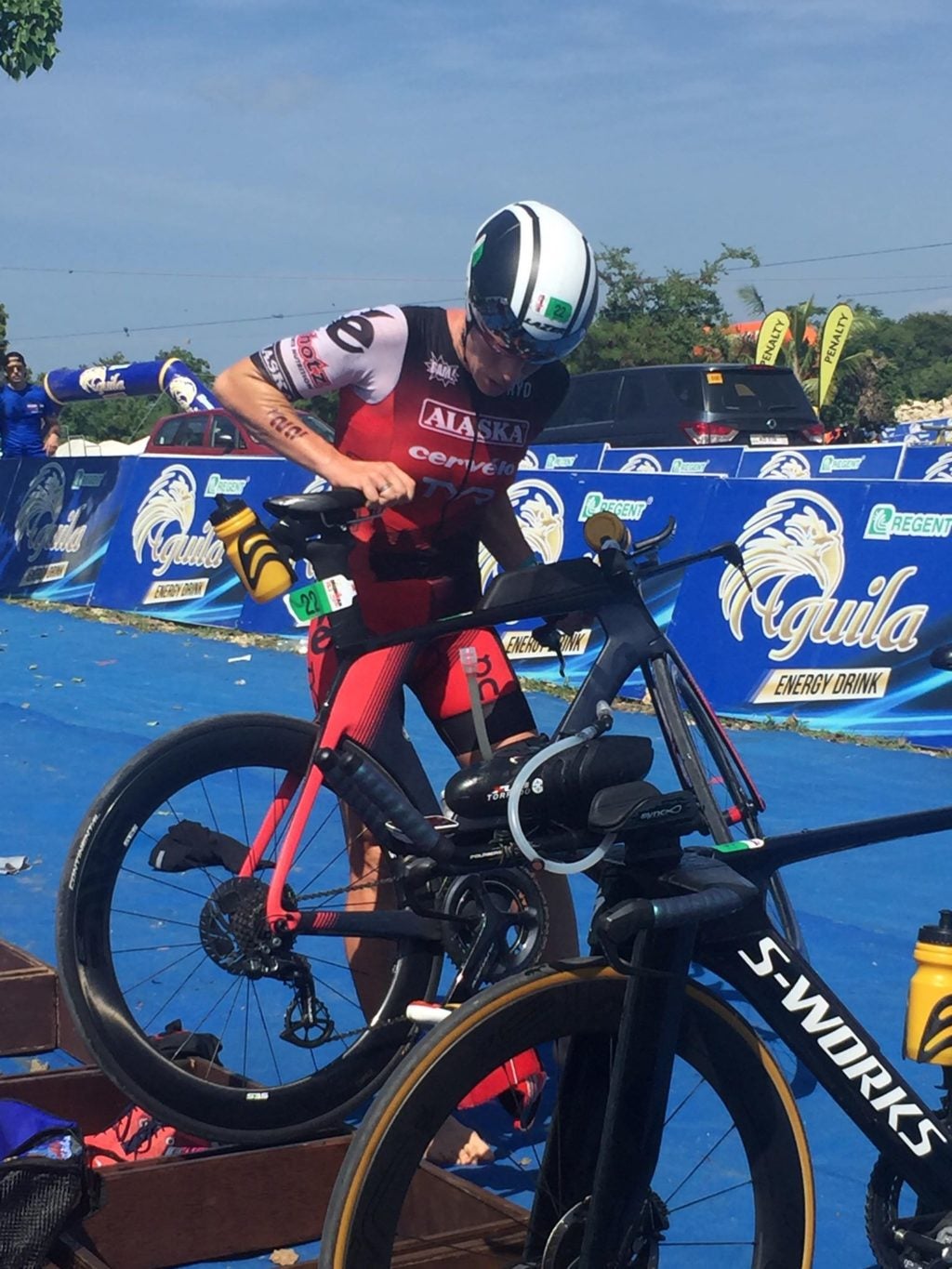 Caroline Steffen of Switzerland at the transition area where she’s leaving her bike to go on to the final 21-km run for the 2019 Regent Aguila Ironman 70.3 Philippines held in Cebu on Aug.10, 2019. / Photo by Michelle Joy Padayhag

CEBU CITY, Philippines — Caroline Steffen of Switzerland is closing in on her sixth title via the Regent Aguila Ironman 70.3 Philippines Cebu as she has taken a two kilometer lead on her opponents.

Steffen came out of the water first and has increased her lead over her foes in the 90-kilometer bike phase of the race.

She is being chased by Australia’s Courtney Gilfillan and Dimity Lee Duke while Laura Wood is at fourth.

Steffen has won straight from 2012 to 2016 then she stopped for a year to give birth to her son.

She returned last year and finished second to Czech Republic’s Radka Kahlefeldt, who has pulled out of this race due to illness.