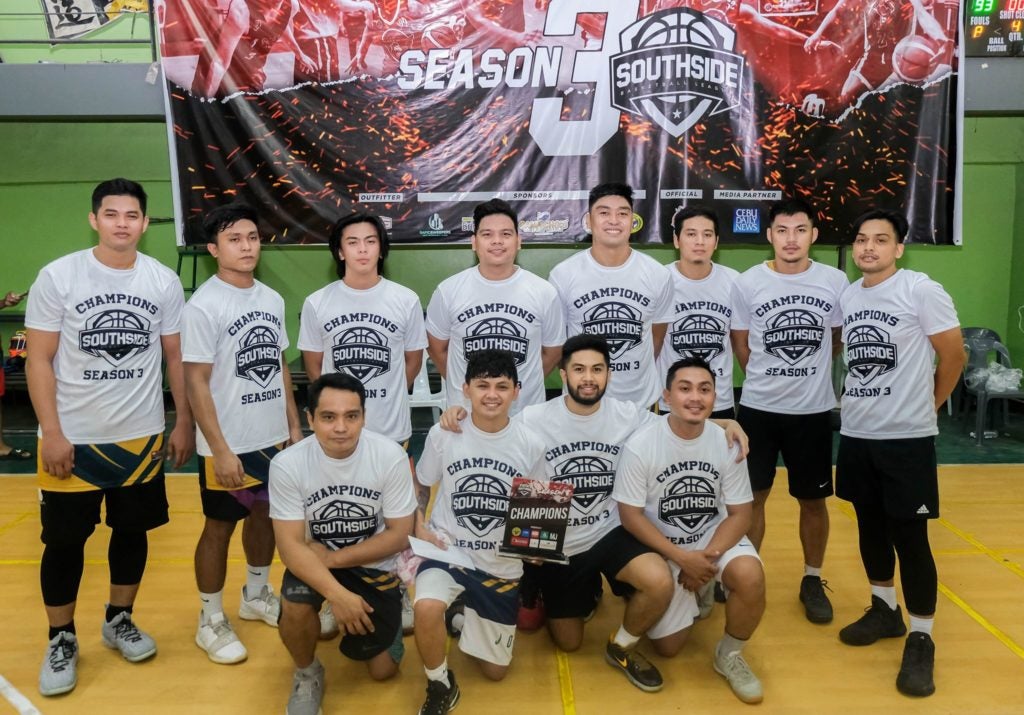 The Goaldiggers are the champions in the Southside Basketball League Season 3. | contributed photo

Cebu City, Philippines—Former Cebu Institute of Technology-University (CIT-U) Wildcats Bridirik Brigoli scored the game-winning basket to lift the Goaldiggers to a thrilling 94-93 win over the Sheinkeish in the finals of the Southside Basketball League Season 3 on Sunday night, August 11, 2019, at the Sacred Heart Center basketball court.

Brigoli’s heroic layup with seven seconds left capped off the Goaldiggers’ frenetic comeback from a 56-71 deficit at the start of the fourth canto.

With just 10 seconds to go, the Goaldiggers found Brigoli inside the shaded lane, who then banked in a shot that kissed the lip of the rim before eventually falling in to put them in front, 94-93.

Sheinkeish’s last-gasp three-point attempt missed the mark as the final horn sounded to give the Goaldiggers the win and the title.

Brigoli finished the game with 27 points and 11 rebounds and was named as the Finals MVP.

Rahne Laborte also had a stellar game for the Goaldiggers with 22 points, four boards and five assists.

Jeff Gudes paced Sheinkeish with 34 points and five rebounds. Sheinkeish appeared to have the game well in control after outscoring the Goaldiggers, 30-16, in the third canto to turn a slim 41-40 lead into a 71-56 bulge with just 10 minutes left to play. /bmjo