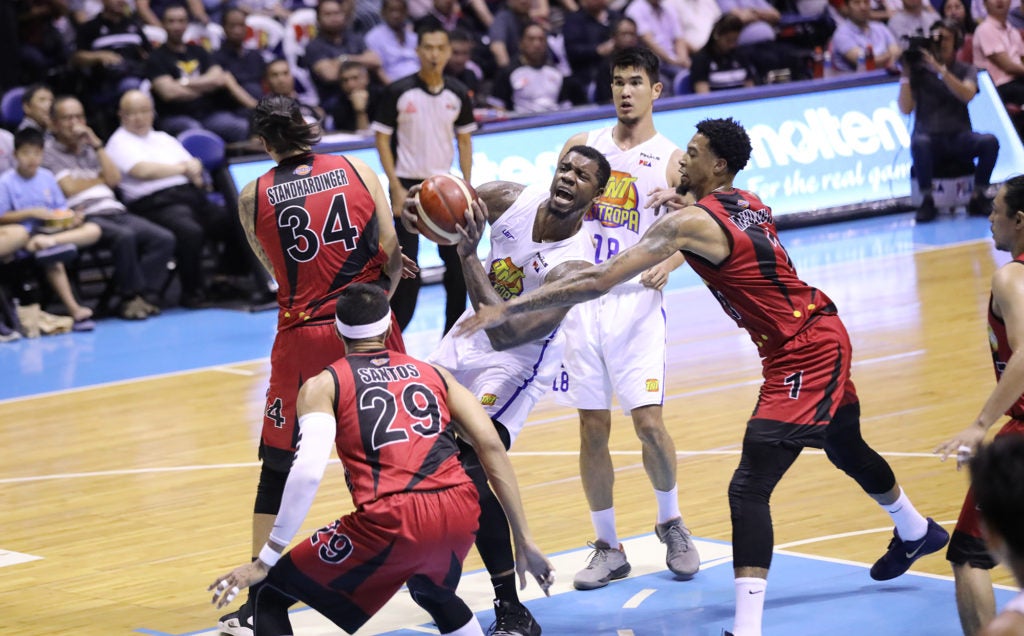 San Miguel, also the winner of the 2019 Philippine Cup title, wrapped up the series, 4-2.

The Beermen are once again on track for a Grand Slam after winning their second straight title.

TNT was led by the game-high 41 points of import Terrence Jones.

It was a huge accomplishment for San Miguel, which started the conference with a 2-5 (win-loss) record and finished just at seventh place.

TNT was the top ranked team after the elimination round.

San Miguel had to beat second-ranked Northport twice in the quarterfinals to advance to the semis. The Beermen then defeated the Rain or Shine Elasto Painters in the semis.

Read Next
10 suspects in killing of 4 NegOr cops named