CEBU CITY, Philippines — The Cebu Provincial Police Office (CPPO) will deploy around 800 police personnel and force multipliers during the celebration of the Pasigarbo sa Sugbu on August 23, 25 and 26.

The activity will kick-off tomorrow, during the coronation of the Pasigarbo Festival Queen 2019.

On Sunday, the parade will start at 2 p.m. from the Cebu Provincial Capitol down to the Cebu City Sports Center which will be followed by the dance competition at 4 p.m.

Forty-four cities and municipalities will join the competition this year.

“Along the 724-meter parade route, there will be police personnel deployed in every 10 meters,” Marquez said. 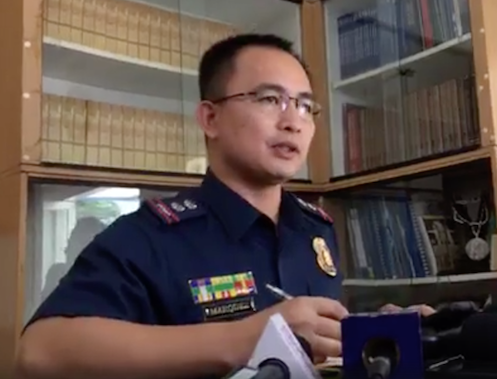 Do’s and don’ts for contingents

Tumulak encouraged the contingents to transport their props and backdrops on Saturday or Sunday in the morning, for several roads will be closed during the parade on August 25.

Each LGU will be given five car passes for vehicles transporting contingents and props. The designated parking area for these vehicles is at South Road Properties (SRP).

“Even if that’s a Sunday, I am urging the drivers of these vehicles to still observe traffic rules in order to avoid congestion,” Tumulak said.

He said that traffic signages would be installed during that day, and drop-off for contingents would also be properly identified.

He also reminded contingents to observe proper protocol, while they would be housed in different public schools in Cebu City.

Jerome Misa from DepEd-Cebu City also reminded contingents on the do’s and don’ts inside the schools premises.

Misa said that for safety of the contingents, only ambulances would be the vehicles permitted to park inside the school.

Hand props are also permitted to be stored in the school, but backdrops are prohibited.

Some contingents also raise their concern on whether they are permitted to cook inside the school.

“We will permit them but they have to inform us in advance. Second, it will depend on the school where they are housed. If there are no sufficient area to establish a kitchen, then we will not permit them, especially those who are staying in Abellana and Cebu City Central School,” Misa said.

During the meeting, DepEd has also permitted contingents to have their practice in the school’s gymnasium, given that they will submit their schedules in order to avoid chaos, for some schools are catering up to five contingents.

Some contingents also asked the Cebu Provincial government to give them additional tickets for their props men, make-up artists and support group who will join the activity./dbs