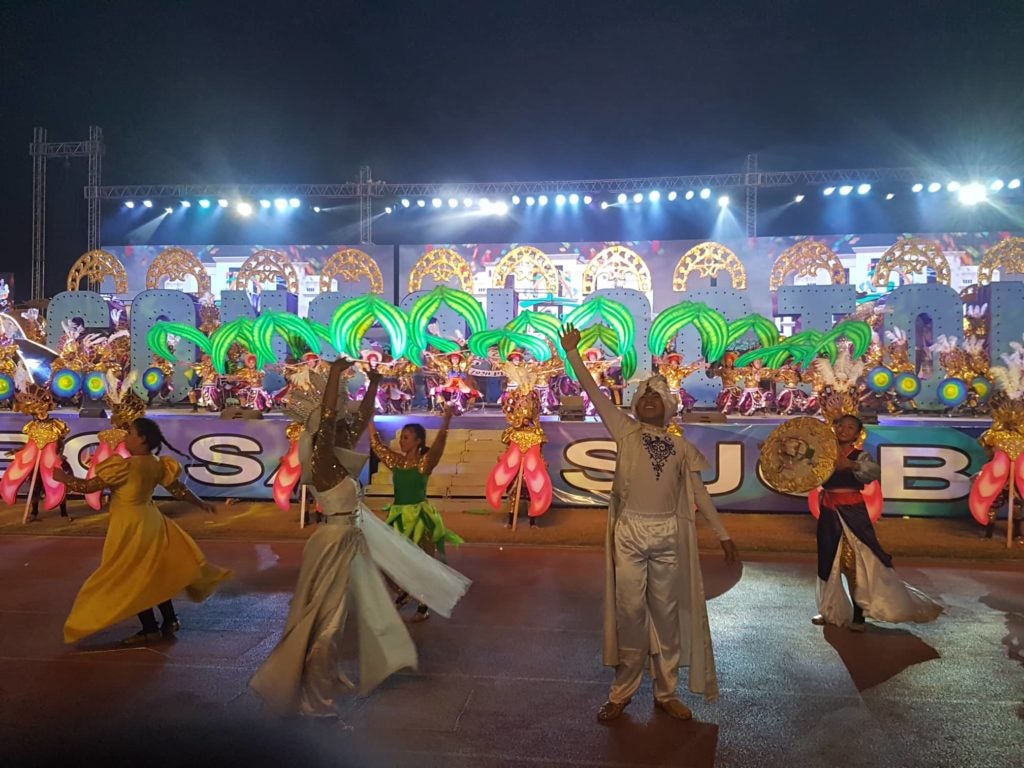 Cebu Governor Gwendolyn Garcia says she is amazed by the performances of the 44 contingents of the Pasigarbo sa Sugbo 2019 despite having only more than a month to prepare for the event. | Gerard Francisco

CEBU CITY–Despite the short time given to the participants, the performances came as a pleasant surprise for Cebu Governor Gwendolyn Garcia.

Garcia noted that the participants were given just a little over a month notice about the event, after a 6-year hiatus.

“I was touched because we saw the efforts of the contingent even with such a little time to prepare,” she said.

Since the annual budget of each local government unit did not yet include an allocation for the event, they have to find other funding sources.

Garcia recalled that she informed the mayors about the revival of Pasigarbo sa Sugbo on July 3, just over one month before the activity.

In fact, she expected only around 20 participants but the event draw 44 contingents.

Read more: Gwen on Pasigarbo sa Sugbo: We have a show that makes us proud to be Cebuanos

Also, the LGUs have to look for dancers, choreographers, artistic directors and they have to make costumes and props, she pointed.

“And then they come up with a performance like that. It was truly world class,” said Garcia.

Read more: Pasigarbo 2019 one of the most grand, competitive in terms of production

She acknowledged that this was made possible because of the indomitable and unbreakable spirit of Cebuanos.

“It was really with great amazement, but more than that with great hope of what together, we can accomplish as one people, as one Cebu,” the governor said.

Meanwhile, Garcia described the Cebu City Sports Complex as a good venue for the activity because it accommodated more people.

If the unity between Cebu City and Cebu province continues, the governor said it might become the venue for the annual Pasigarbo sa Sugbo.

She added that they might start the street dancing early so the ritual dancing can start at 6 p.m. The governor added that they would consider other suggestions to study what could be done to further improve the “festival of festivals.”/dbs