Pasigarbo 2019 one of the most grand, competitive in terms of production 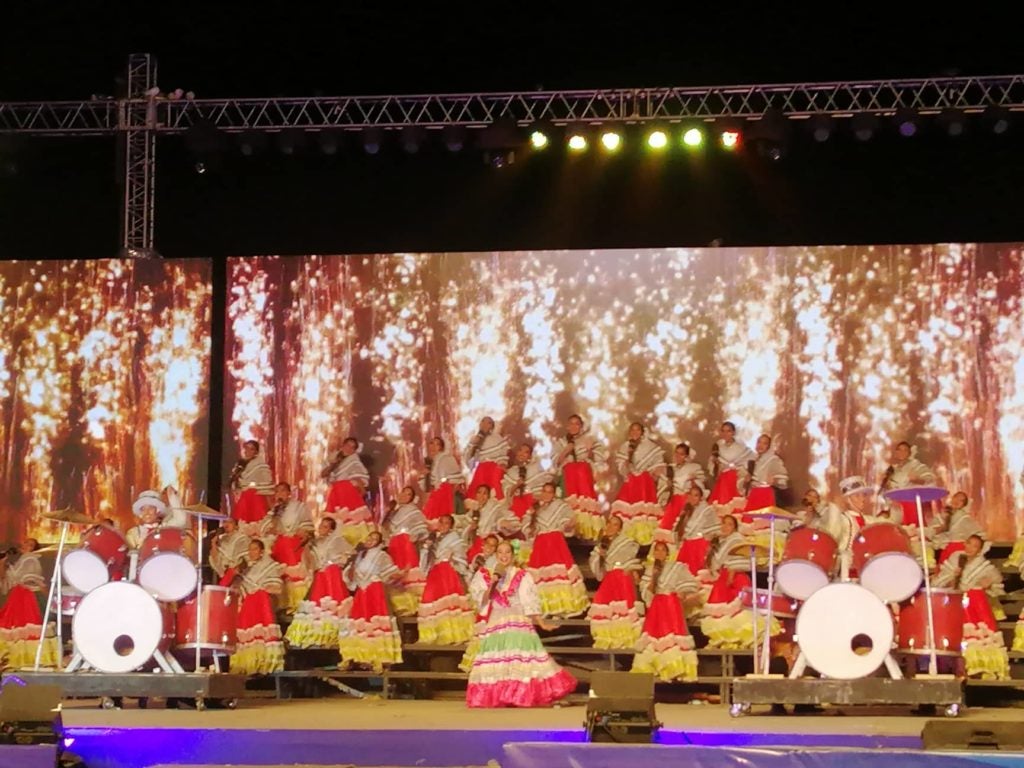 CEBU CITY, Philippines — This year’s Pasigarbo sa Sugbo has “surpassed all records” of the Festival of Festivals since its conception in 2008.

Victor Hao Cuenco, the lead organizer for Pasigarbo sa Sugbo 2019, said this year’s celebration is “one of the most highly level up, grand, and competitive” in terms of the number of contingents and production value.

“Out of 44 [contingents], I think 90 percent has done a fabulous production. The past Pasigarbo, the most number of contingents was 38, now we have 44. It’s quite late already, but the people are still here,” Cuenco said in an interview at past 2 a.m. on Monday, August 26.

WATCH: Victor Cuenco, head organizer of the Pasigarbo sa Sugbo 2019, says the Festival of Festivals' comeback after six years has delivered beyond expectation despite having barely one month to prepare. With 44 participating contingents, Cuenco says this year's Pasigarbo sa Sugbo surpassed all records of the tilt since it was conceived by Gov. Gwen Garcia in 2008. | Rosalie O. Abatayo#CDNDigital

The Pasigarbo sa Sugbo 2019 program lasted for almost 13 hours. It kicked off with the street dance parade at 2 p.m. on SUnday, August 25, from M. Velez Street near the Cebu Provincial Capitol.

The 44 contingents danced their way to the Cebu City Sports Center through the 2.3-kilometer route along Osmeña Boulevard, passing by five judging stations. The fifth judging station was at the grandstand of CCSC.

The street dance performances finished at past 7 p.m.  The ritual dance showdown immediately followed and lasted for over seven hours.

The winning performer, Carcar City’s Kabkaban Festival, was not able to perform until past 1 a.m.

Cuenco admitted that it was unfair for the last few contingents who were at the last part of the roster because they had waited for long hours before performing.

He said the Pasigarbo sa Sugbo organizers will be devicing more schemes to finish the dance presentations earlier next time.

“Maybe in the future we can have north and south categories and then grand finals or we will start  the street dancing in the morning so at 1 p.m. we can start with the ritual showdown,” Cuenco said.

But some parts of the Pasigarbo sa Sugbo did not go as planned, especially in the number of winners for the street dancing and ritual showdown categories.

Instead of choosing only one winner for the street dance category, Governor Gwendolyn Garcia asked the judges to declare the top 5 for the competition.

Read: Finesse of performers, clarity of story are keys to Carcar’s success in Pasigarbo sa Sugbo

Instead of just five winners for the ritual showdown, the judges also declared 10 winners “because of the number of good performances.”

Garcia has yet to announce the official prices for the Pasigarbo sa Sugbo winners during the awarding ceremony at the CCSC  on Monday, August 26. /bmjo

Read Next
Video of student pulling off prank goes viral