Olympian Solis, 2 other Cebuanos are in PH weightlifting team 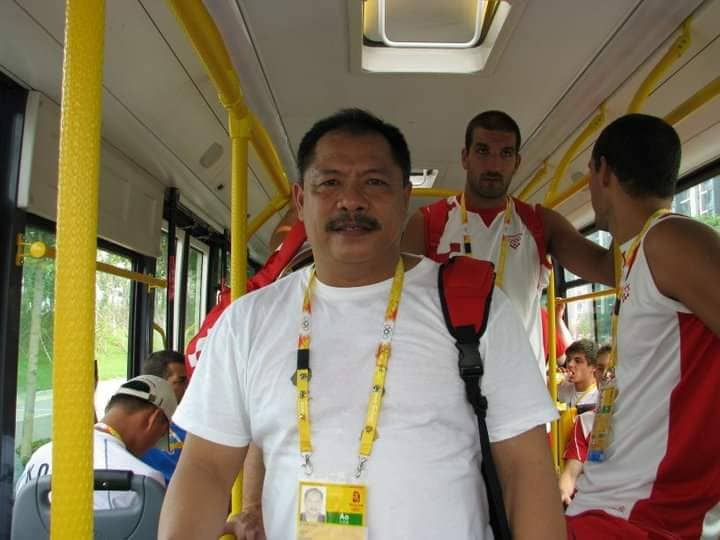 Ramon Solis, Cebuano Olympian in weightlifting, (in white shirt) has been appointed as the coach of the Philippine Weightlifting team to compete in the Southeast Asian games. | contributed photo

PUERTO PRINCESA, PALAWAN, Philippines — Three Cebuanos have been named into the Philippine weightlifting team to the 30th Southeast Asian (SEA) Games which the Philippines will be hosting from November 30 to December 11, 2019.

The first and only Cebuano Olympian in weightlifting, Ramon Solis, has been appointed as the head coach of the national team which includes Hidilyn Diaz, the Olympic silver medalist.

The two other Cebuanos who made it to the team are John Fabuar Ceniza who will be competing the Men’s 55 kilograms and Elreen Ann Ando who will be seeing action in the Women’s 64 kilograms.

Ando is a member of the University of Cebu (UC) varsity team in weightlifting which is coached by Solis.

The delegation will be headed by Congressman Monico O. Puentevella, the president of the Samahang Weightlifting ng Pilipinas.

Solis said that as part of their preparation for the SEA Games, they would be competing in the World Championships next month in Pattaya, Thailand, which would also be an Olympic qualifier.

This will be Solis’ fourth time to coach the national team in the SEA Games. His first was in Bacolod in 2005, the last time that the Philippines hosted the biennial meet.