LMP-Cebu partners with national agencies for better delivery of services 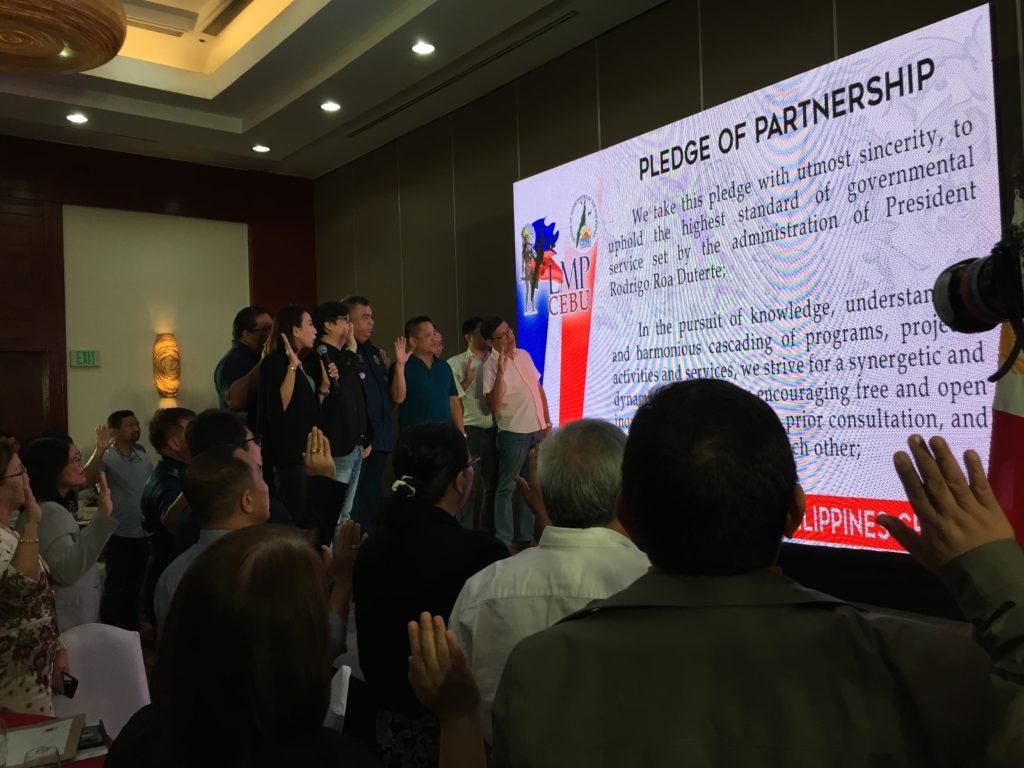 The 44-member League of Municipalities of the Philippines (LMP) in Cebu and regional officials of national line agencies  take their pledge of partnership for better delivery of services during the LMP-Cebu first general assembly this year held on Aug. 30, 2019 at the Cebu Sports Club in Cebu City. |CDND Photo/ Rosalie O. Abatayo

CEBU CITY, Philippines— The League of Municipalities of the Philippines (LMP) in Cebu has forged an alliance with national line agencies for better delivery of services to their constituents.

In LMP-Cebu’s first general assembly on Friday, August 30, the 44-member organization kicked off with their partners’ conference series and invited regional and provincial directors of national agencies to hear their insights and to talk about projects that can benefit the local government units (LGUs).

Liloan Mayor Christina Frasco, LMP-Cebu president and daughter of Cebu Gov. Gwen Garcia, said this move is part of their organization’s direction of a holistic approach in addressing public concerns.

Thirty-four mayors led by Frasco attended the first general assembly at the City Sports Club in Cebu Business Park on Friday afternoon, while Presidential Assistant for the Visayas (OPAV) Secretary Michael Lloyd Dino brought in the officials from national agencies.

Frasco said every partners’ conference would focus on one or two topics that could be coordinated with national agencies.

For their first session, Department of Public Works and Highways in Central Visayas (DPWH-7) Director Edgar Tabacon presented to the mayors the thrust of their agency in maintaining roads and other infrastructures.

Tabacon also gave an update on the ongoing P28-billion Metro Cebu Expressway project, which serves as an alternative highway from Naga City in the south to Danao City in the north. The Naga City to Minglanilla phase of the road project was started in July 2018.

The mayors and the regional directors took the pledge of partnership during the event. /elb

Read Next
IN PHOTOS: Goodbye, Teban