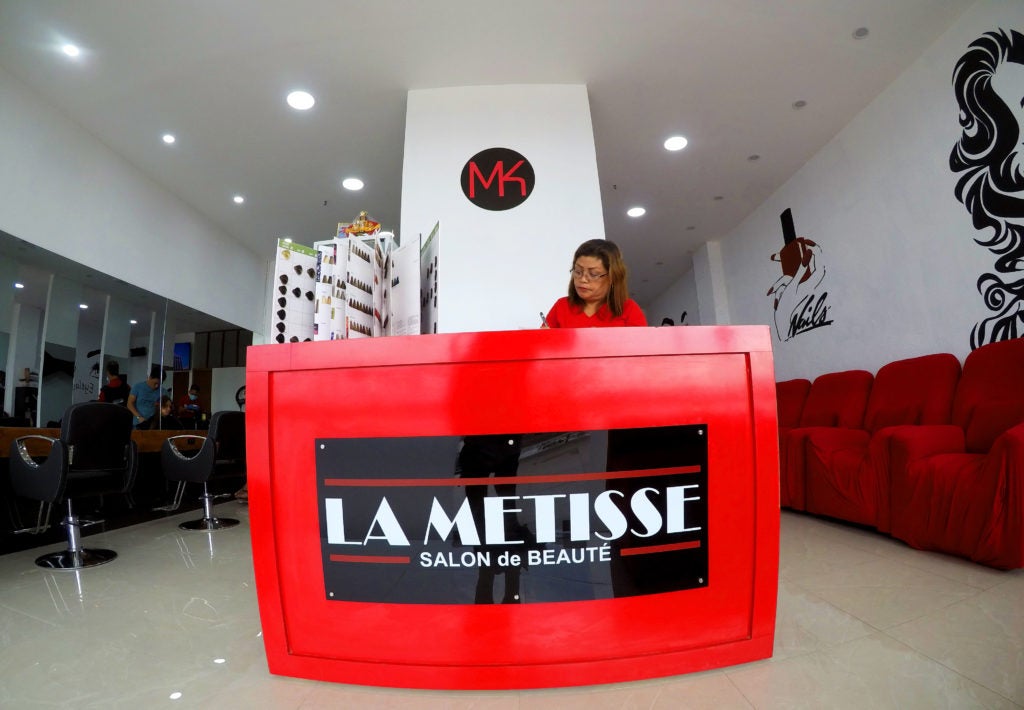 Cebu City, Philippines–It all began with a mother’s passion for makeup, colors, and her children.

Now, La Metisse Beauty Salon, which started in 2014 as a simple business providing beauty services on hair, nails and makeup in Pardo, Cebu, has three branches spread around Metro Cebu.

La Metisse Beauty Salon recently opened its third branch at the City Time Square Mactan in Lapu-Lapu City on August 8, 2019. The two other branches are located in Raintree Mall along F. Ramos Street and in Guadalupe.

All three offer La Metissse’s signature quality service at low cost, the formula that made them one of the more noted beauty salons in Metro Cebu.

La Metisse Beauty Salon is Tonette Vanguardia’s brainchild. Tonette’s inspiration were her three lovely mestiza daughters, so she thought of naming her business after them and use the french word metisse, which means a lady or a woman of mixed heritage.

La Metisse initially started in Pardo, but Tonette decided to move her first branch to Guadalupe. Since then, the salon’s list of services and loyal customers grew.

The business expanded when Tonette met a new business partner, who is known as MK.

With MK on board, Tonette managed to put up her second beauty salon in 2016 at the Raintree Mall.

MK was an IT professional abroad who decided to come to the Philippines to retire. He said he never expected to have a business in the beauty industry. He said he finds happiness in bringing people good services, which is the reason why he decides to partner with Tonette.

The secret to La Matisse’s success is maintaining low prices and giving the best quality of service to their customers.

Since customer satisfaction is very important to them, they send their hairdressers to training and seminars to make all of their employees are experienced in their respective fields.

Tonette and MK’s goal for La Metisse is really simple: They only want to have a nice salon with high-end performance and low costs.

“It’s always about the customers that sometimes, we forget about everything else around,” MK said.

With that formula for their business, La Matisse is gaining more customers daily, which is the reason why they needed to open the Lapu-Lapu City branch, which can now accommodate customers from Mandaue City and Mactan.

For those who want to try their services, one can book an appointment by messaging any of their Facebook accounts, La Metisse Raintree Mall, Skin Care and Makeup by La Metisse and La Metisse City Time Square Mactan, or contact them at 0943 293 4214 or 0932 117 4135. /bmjo