Ateneo, UV to face off for Passerelle division championship crown 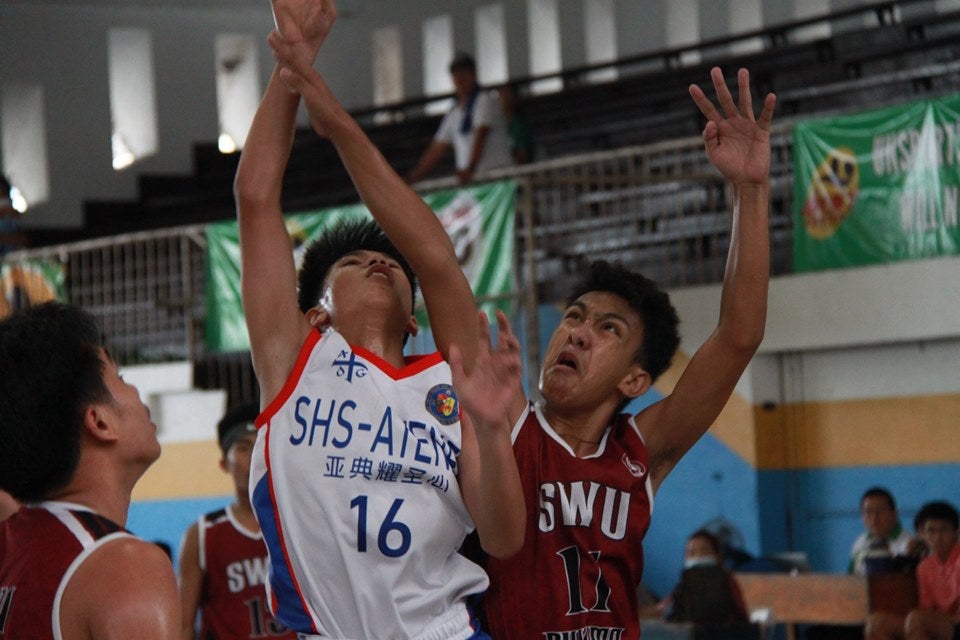 An Ateneo player goes for a lay-up against an SWU player during the semifinals game of the Passerelle division of the 34th BEST SBP Passerelle Twin Tournament. | Contributed Photo

Ateneo will contest the title of the tournament’s 34th edition against University of the Visayas (UV).

This after both teams won over their respective semifinal foes Monday, September 9, during their games held at the SHS Campus Gym located along General Maxilom Avenue, Cebu City.

Ateneo was the first to clinch a finals ticket via a 56-26 clobbering of Southwestern University (SWU)-Phinma.

However, SWU-Phinma failed to keep abreast when Ateneo broke the game wide open in the ensuing quarter.

UV, for its part, advanced to the finals managing to pull away from a resilient University of San Carlos (USC), 41-32.

USC waxed hot from the start but lost steam with UV taking over in the second and third quarters.

USC, however, refused to concede and managed to stave off UV’s lead, 32-36, inside the last two-minute mark.

Time was, however, not on USC’s side as it eventually succumbed to UV.

Kenneth Cole and Enricker Herbito contributed the most number of points for Ateneo at six each while Justine Betinol had 11. Agamemnon Allosada contributed eight for USC but to no avail.

Ateneo and UV will contest the title on Sunday, September 15 at the Alta Vista Country Club in barangay Pardo in a game scheduled at 10:15 a.m.

Prior to that, SWU-Phinma will face USC in the battle for third place. | dcb