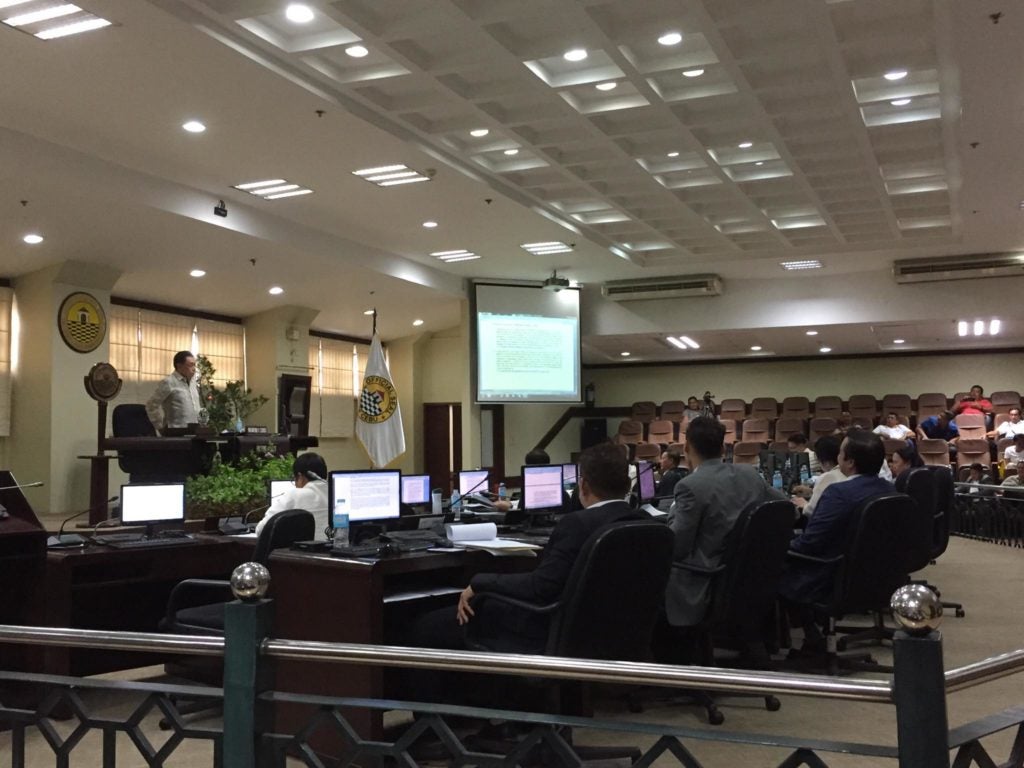 The Cebu City Council orders the Office of the Building Official to conduct an investigation on another riprap collapse in Barangay Tisa. | Delta Letigio

CEBU CITY, Philippines – The Cebu City Council wants the the Office of the Building Official (OBO) and the City Disaster Management and Risk Reduction Office (CDRRMO) to conduct an investigation on the collapse of the riprap and slope of a condominium construction in Barangay Tisa following the recent downpour of rain.

Councilor Philip Zafra, who used to be the chief of Tisa until he was elected as councilor in May 2019, reported to the council that a condominium construction in Tisa slightly collapsed on September 1, 2019 due the softening of the soil.

No one was hurt in the incident.

“Such incident unduly compromised the safety of the immediate residents and should not be left to pass by without actions from this August Body,” said Zafra.

Zafra urged the OBO and the CDRRMO to conduct an investigation on the incident and check whether the contractors violated safety laws in the construction.

The City Council wants a copy of the report as soon as it is done.

This is the third time a construction collapse happened in the city following the downpour brought by the recent weather disturbances.

On August 5, 2019, the back portion of the Juanita Building collapsed into the adjacent construction of a 26-storey condominium building.

The condominium construction was halted up to this day because the OBO said the contractors needed to strengthen the soil and prevent anymore collapse.

On August 20, OBO discovered that the slow collapse of a slope in another condominium construction in Capitol Site has created cracks in the road, forcing the OBO to suspend the construction for some time until the soil was once again strengthened.

Both constructions blamed the collapse to the softening of soil brought by recent rains. /bmjo