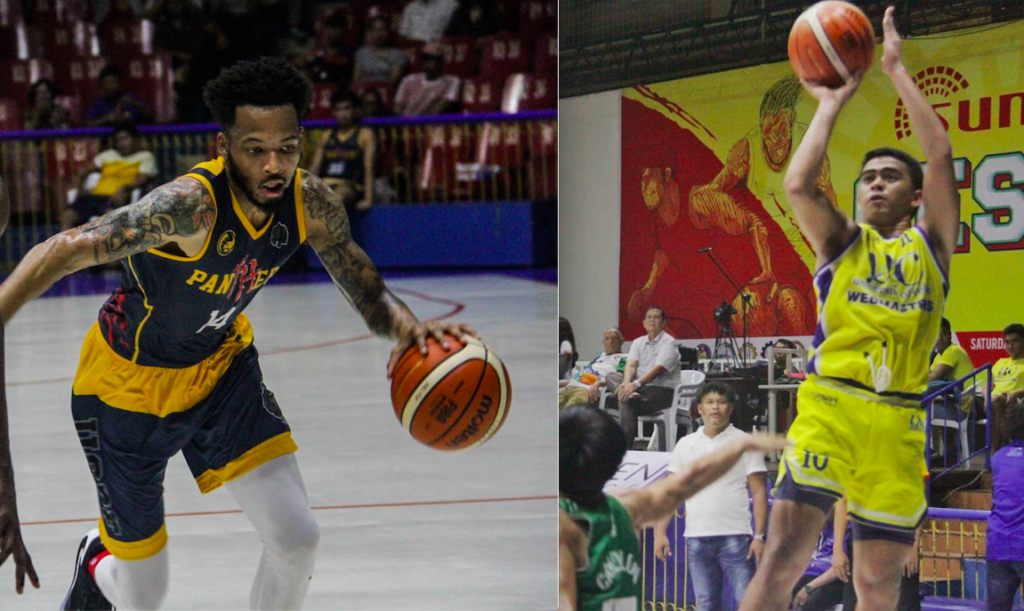 The 18-year-old Micutuan from Sultan Naga Dimaporo in Lanao del Norte had a team-high 19 points in the Baby Webmasters record-setting rout of the vaunted University of the Visayas (UV) Baby Lancers, 87-46, in the junior division.

(I did not expect that I would be able to do something like that.)

(We had a good game. Our coaching staff instructed us some difficult plays but we were able to execute it.)

LIVE: Interview with Maczi Micutuan from UC, the top scorer with 19 in the Cesafi high school game between UC and UV on Tuesday night at the Cebu Coliseum. | Gerard Vincent Francisco, Mars G. Alison #CDNDigitalRead about it here: https://cebudailynews.inquirer.net/257236/cesafi-juniors-uc-routs-uv

It was the first time that a UV Baby Lancers team lost by close to a half of their opponent’s score.

The Baby Webmasters showed serious intentions of retaining their title as they waxed hot from the start and posted an 11-point lead, 20-9, going into the second canto.

UC’s lead continued to balloon as the Baby Webmasters rained five triples on the hapless Baby Lancers whose only bright spot could be seen in Samuel Melicor Jr.

Micutuan shined in the last two remaining quarters wherein most of his 19 points came from.

It was also in the second half that UC broke the game wide open. Their biggest lead was at 47 points, 85-38, with 2:46 remaining in the final quarter.

The closest that UV came was at 24 points, 24-48, at the start of the third quarter wherein Franzel Dave Basalo sparked a rally with six straight points.

The UC Baby Webmasters continued their rout of the UV Baby Lancers and didn’t even miss a beat even after losing Isaiah Blanco, the son of Cebuano hotshot turned Cebu City Councilor Dondon Hontiveros, to a bad fall and prompted him to be assisted off the court while favoring his left ankle with 2:51 left in the third quarter.

Swint of New Jersey, United States, for his part, exploded for 30 points to help the USPF Panthers upset the UC Webmasters, 78-72, in the collegiate division.

“It feels good, my team got me the ball in open spots, they trusted me when the game was on the line and we were able to win as a team tonight,” said Swint.

According to Swint, they were a better team on Tuesday compared to their first game when they lost to the University of San Carlos (USC) Warriors.

“I think were a little bit nervous, getting used to playing with each other, lack of communication, but this game, we talked about it as a team, our communication was better, our defense was great,” said Swint.

LIVE: Interview with Sameen Swint, the top scorer in the Cesafi college game between USPF and UC on Tuesday night at the Cebu Coliseum. | Gerard Vincent Francisco, Mars G. Alison #CDNDigitalRead about it here: https://cebudailynews.inquirer.net/257270/uspf-takes-down-uc-for-first-win-in-cesafi-collegiate-hoops

The Panthers took a slim one point lead, 17-16, at the end of the first quarter, which they increased to four points, 33-29, at the halftime break.

The Webmasters refused to concede the game and managed to take the upperhand, 42-41, on a basket from  Shane Menina with less than five minutes left in the third quarter.

The Panthers managed to tie the game at 44-all but a relentless Webmasters eventually took the lead at five points, 54-49, going into the final canto.

However, UC was unable to defend against USPF’s Neon Chavez, who opened the final canto with the first of his three treys and brought the game close with UC just enjoying a 54-52 lead.

The Panthers eventually took back the upperhand on Chavez’s third shot from the rainbow, 61-59, with still eight minutes left in the ballgame.

UC again came close at 72-74 on a basket by Menina but a triple from Swint allowed USPF to pull away at arm’s length, 77-72, inside the last two minute mark of the ballgame.

Chavez sealed the win for the USPF Panthers with a gift shot.

Read Next
The political economy of rice farming