No more hiding for two suspects of Gisela Boniel’s case 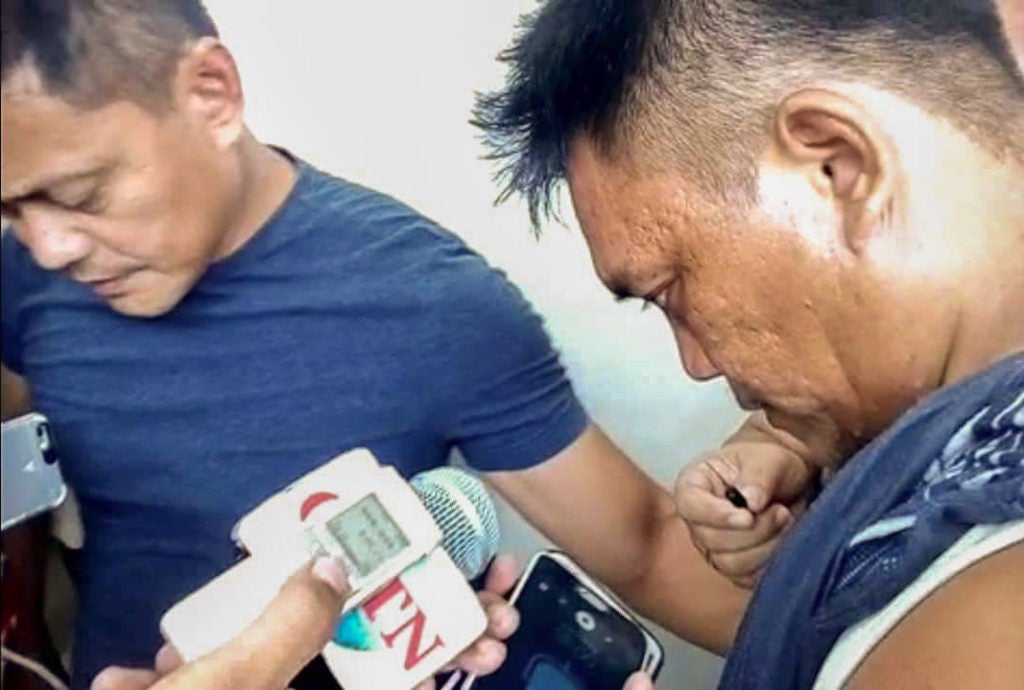 CEBU CITY, Philippines — They hid from authorities for more than a year.

But on Thursday, September 12, at 1:45 p.m., Lobo Boniel and Allan Delos Reyes, Jr. entered the premises of Camp Sergio Osmeña, the headquarters of Police Regional Office in Central Visayas (PRO-7), in handcuffs with their faces exposed for all the world to see.

The two are suspects in the death of Gisela Boniel, who was the mayor of Bien Unido town in Bohol province, when she was allegedly killed on June 7, 2017.

The suspects have been in hiding for two years.

Members of the press followed the two as they entered the police headquarters.

Questions were thrown at them along the way but the two remained silent, their eyes avoiding contact with any person.

“Why did you hide from authorities?” asked one journalist.

The response was a blank stare.

A follow-up question on where they were hiding was asked.

Police Colonel Jonathan Cabal, director of the Bohol Provincial Police Office, said the two have been hiding in Lapu-Lapu City.

He said Boniel and Delos Reyes managed to evade authorities by shuttling between Bohol and Cebu since 2017.

“Someone told them to hide,” said Cabal but refused to reveal details citing the sensitive matter involved in the investigation.

As of this writing, the two are currently in the PRO-7 headquarters to face  Police Brigadier Debold Sinas, director of the police regional office.

“The long arm of the law finally caught up with them. The family urges the two to confess to their crimes like the two other accused who have turned state witnesses,” said Ligutan. /celr

Read Next
Pop District Bazaar is back for ‘Pop Culture’