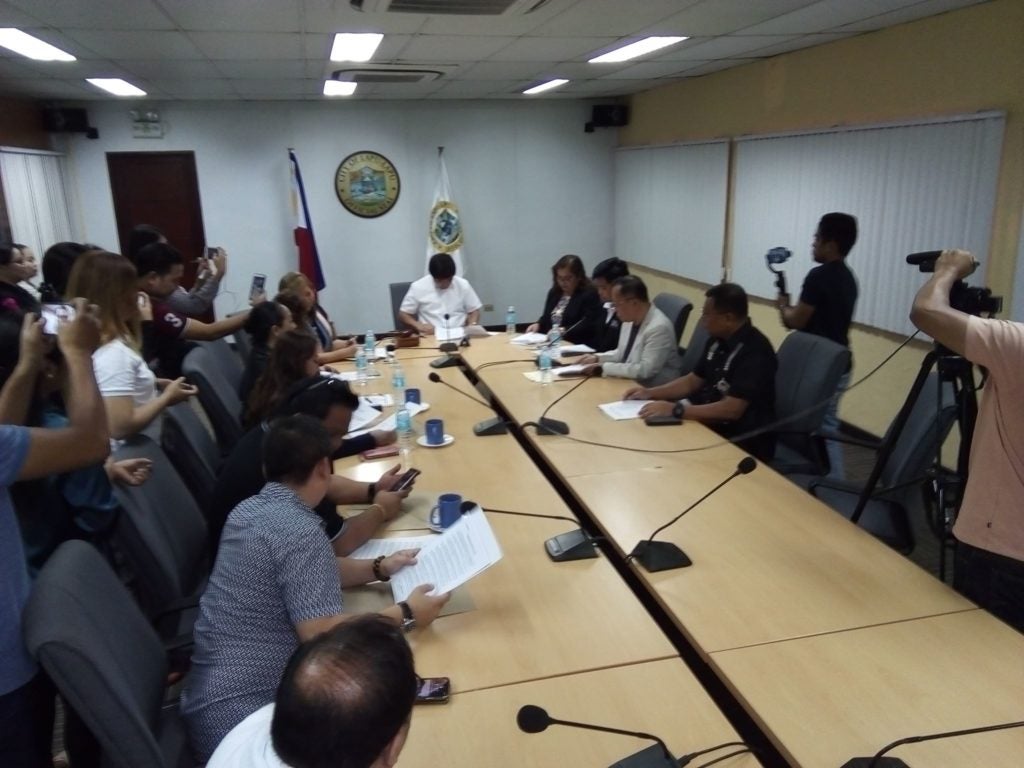 In a press conference on Thursday, September 12, 2019, Chan said he will ask Garcia, the chairman of the Mactan-Cebu Bridge Management Board (MCBMB), to allow pedestrians to pass through both lanes of the Sergio Osmeña Bridge, also known as the first Mandaue-Mactan Bridge, and the Marcelo Fernan Bridgem, or the second bridge.

The MCBMB, in a meeting last Tuesday, September 10, at the Capitol, announced that limiting the pedestrian traffic, banning bicycles, and raising the side railings of the bridges are the measures they have agreed on to address the number of suicides incidents in both bridges.

It was decided that only the right sidewalk of the bridges will be opened for pedestrians for easier monitoring by the police guards.

The implementation of the measures was set to start on Thursday, September 12.

But Mayor Chan, who wasn’t able to attend the MCBMB meeting but sent a representative, said he is worried with the plan, especially since there are a lot of students who walk to school using the bridge. There are also some workers who will be affected.

(Many students walk on the old bridge to and from school in Mandaue everyday. There are also those who try to save on spending by just walking to cross the bridge.)

According to Chan, he would ask the Governor to lift the 1:00 a.m.- 5:00 a.m. curfew currently implemented at the two bridges.

LIVE: Situation at the Marcelo Fernan Bridge on the first day of implementation of the bicycle ban on the two Mandaue-Mactan bridges. | Rosalie Abatayo #CDNDigitalRead more about it here: https://cebudailynews.inquirer.net/257453/bike-ban-on-mactan-mandaue-bridges-starts-gwen-says-bridges-are-not-built-for-the-bikes

He did agree that using bicycles on vehicle lanes of the bridges is dangerous, but he suggested that bikers may be allowed to just carry their bikes and walk on the pedestrian sidewalks to cross to the other side of the bridge.

Chan also believes that raising the railings higher is a good idea to help in the MCBMB’s bid to address suicide attempts.

The mayor said police visibility in both bridges will also be a huge help. In fact, the Lapu-Lapu and Mandaue City Police Office are currently deploying personnel to watch over the two bridges. /bmjo