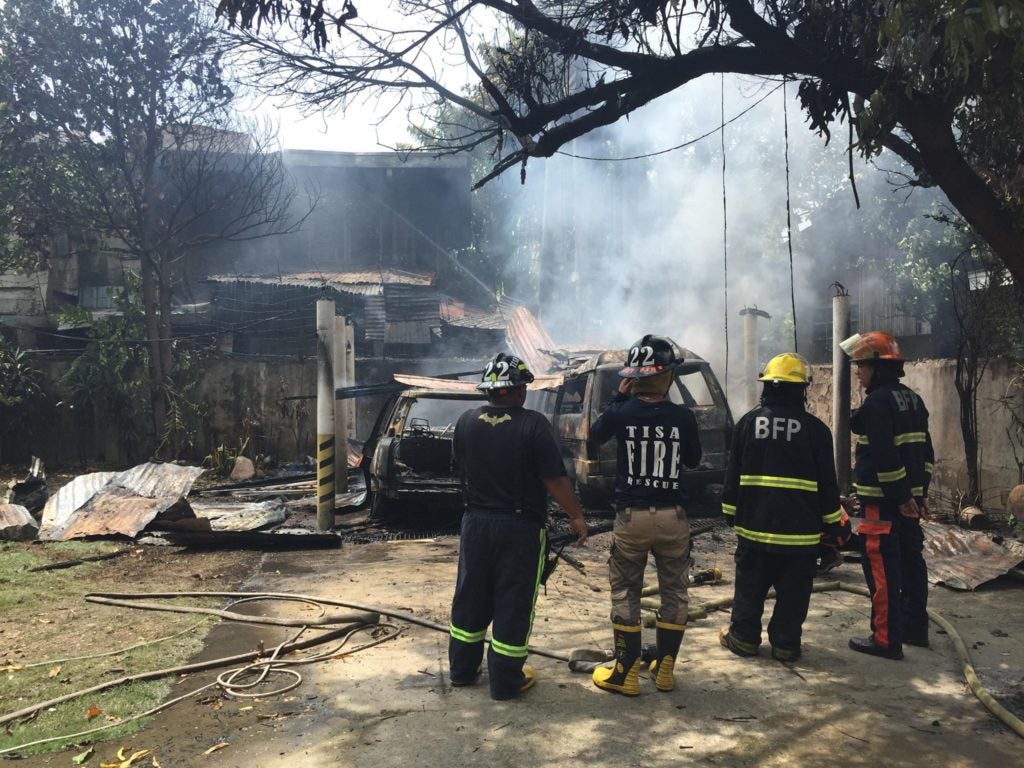 Cebu City, Philippines—Two vehicles were burned down in a fire at the La Paloma Village in Barangay Tisa, Cebu City on Tuesday morning, September 17, 2019.

The Bureau of Fire Protection (BFP) in Cebu City reported that the fire alarm was put under control at 10:30 a.m.

According to the residents in the area, the fire started from an explosion from one of the two vehicles that was burned down.

No one was reported hurt in the incident but a house near where the vehicles were parked was partially damaged by the fire.

Firefighters are still working to investigate the cause of the fire. /bmjo

Read Next
WATCH: Netizen films man busking for those in need in Cebu City