WATCH: Netizen from CdO uses phone app to express how she thinks cats feel about us 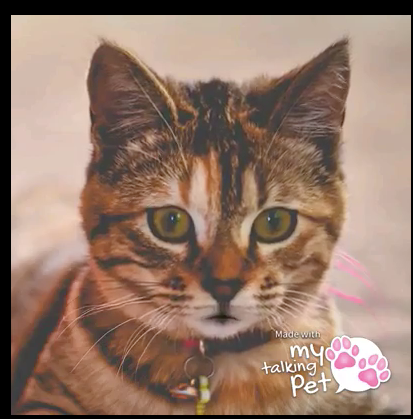 CEBU CITY, Philippines— Have you ever wondered how animals felt about us humans?

Well, netizen Julia Valmores had that question in mind.

That’s the reason why the 23-year-old from Cagayan de Oro City made an interesting video using a phone application to highlight a cat’s need for a bit of caring.

(I can relate with cats mam. I pity them. I mean they are just trying to survive too and still they’re being harmed.)

Valmores’ 26-second video was her way to be the voice of cats, being a cat lover herself.

Here’s the video, which we are sharing with permission from the owner:

In the video, Valmores dubs for the cat and speaks about how she thinks a cat would feel when humans shoo them away from getting too close to the food on the table.

The video is captioned “Ay’g maoy ming HAHAH.” It was shared on her Facebook account on September 2, 2019.

Here’s what the video says:

(I’m just venting it out here. There are some here who are fond of hitting us, sometimes it’s almost like we’re being hacked. Is it our fault that you didn’t cover your food properly? And you don’t even feed us. Of course, we’d get hungry. We’re just like you. We’re just like humans. Don’t you pity us?)

Valmores told CDN Digital through Facebook messenger that she discovered this phone application called “My Talking Pet” and wanted to try it out for fun.

And to add some bit of humor, Valmores let out a very funny and witty line at the end of the video.

(There are some here who are very arrogant, as if the food they have is delicious when in reality it’s just dried fish.)

This is one hilarious way of helping our beloved pets get the message out. /bmjo