Democracy advocates to youth: Stand up against ‘looming dictatorship 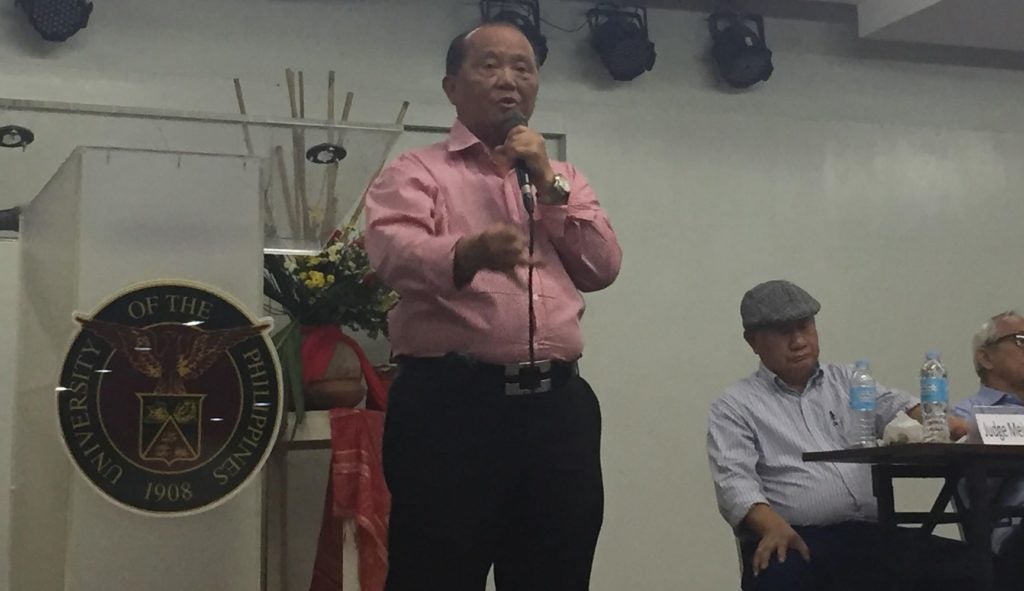 CEBU CITY, Philippines—Democracy advocates appealed to the youth to stand up against “a looming dictatorship” as the 47th anniversary of the declaration of martial law by the late president Ferdinand Marcos comes this Saturday, September 21, 2019.

Veteran lawyer Democrito Barcenas, an activist during the martial law, said the present situation in the country resembles to that of an emerging dictatorship as “the rule of law has been destroyed because of extra judicial killings.”

Barcenas made the statement as he spoke before college students from private and state universities in Cebu during the Never Again to Dictatorship Forum at the University of the Philippines – Cebu on Thursday, September 19.

“Dark clouds are appearing in the horizon unless we remain vigilant and militant,”Barcenas said.

The Never Again to Dictatorship Forum is an activity organized by UP Cebu’s Committee on Commemoration in line with the anniversary of the declaration of military rule on September 21, 1972.

Barcenas warned that enjoying freedom of expression and freedom of the press is not an assurance that the country is not heading to an authoritarian form of government.

“Martial law need not to be declared in order for one to become a dictator. You just have to control the Congress and the Supreme Court and stride fear in the hearts of the people,” Barcenas added.

The veteral lawyer was referring to the allies of President Rodrigo Duterte in the lower house and his appointments of justices in the SC.

President Duterte’s allies in Congress are dubbed as the super majority.

Barcenas, Retired Executive Judge Meinrado Paredes, and former priest Rolando Carvajal were the speakers in the activity, wherein they shared their struggles during the military rule until the EDSA People Power I in 1986 that ousted Marcos.

During his sharing, Paredes turned emotional as he recalled his colleagues who died or disappeared during the martial law years.

“To the young generation who have not experienced the rule of the gun — martial law — my message is defend democracy. Do not allow dictatorship to reel again,” Paredes said. /bmjo