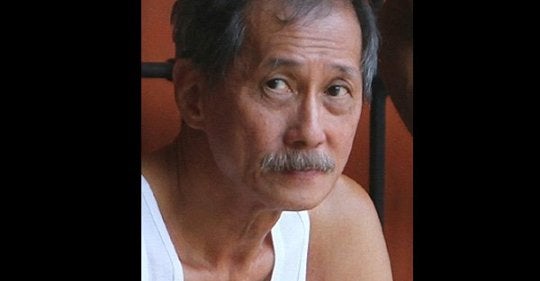 MANILA, Philippines — Police teams are now hunting down Rolito Go, who was convicted for the road rage killing  of a Dela Salle University (DLSU) student in 1991, and who was reportedly included in the rearrest list of released heinous crime convicts given by the Bureau of Corrections (BuCor) to the Philippine National Police.

Col. Ronnie Montejo, director of the Quezon City Police District, told INQUIRER.net that the tracker team deployed by the Masambong Police on Friday did not find Go in his supposed address in Quezon City.

(A tracker team from PS-2 went to his house but he was not there and the team was only able to speak with the tenant of the house.)

Go was convicted in 1993 for the fatal shooting of Eldon Maguan, a 25-year-old engineering student, in a road rage incident in San Juan City. He was sentenced to serve a 40-year prison term at the New Bilibid Prison.

In 2016, the Supreme Court ordered Go’s release after granting his petition for writ of habeas corpus, or a court order directing a public official to send a prisoner to the court and present a valid reason for the prisoner’s detention.

Go was supposed to be released in 2012, a year before the Expanded GCTA (Good Conduct Time Allowance) Law took effect.

But Go’s name was included in the PNP’s list of released heinous crime convicts for rearrest following the order of President Rodrigo Duterte. In the list, Go was listed as a rape convict instead of a murder convict.

Tracker teams of the PNP were activated on Friday after the 15-day period set by Duterte for the surrender of freed heinous crime convicts released under the GCTA law ended on Thursday.  /muf