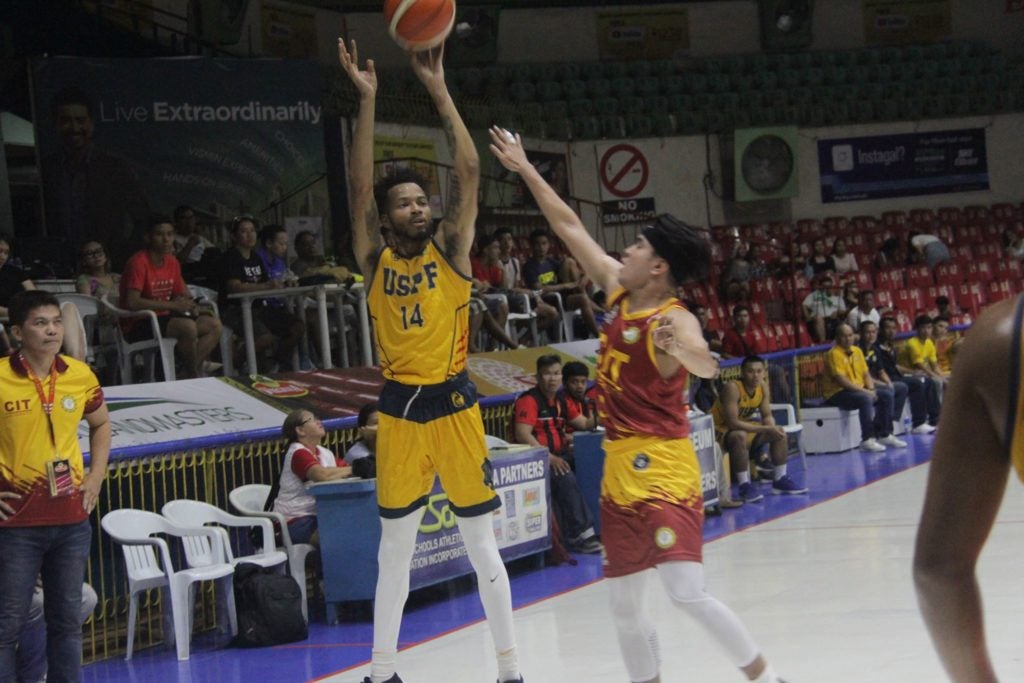 CEBU CITY, Philippines—Sameen Swint knows it will take a lot to carry the University of Southern Philippines Foundation (USPF) to the top in the Cesafi men’s basketball tournament.

But with the way things are going in the team, he is optimistic about their chances.

“I feel good. I feel like we’re starting to come together more as a team,” said the foreign student-athlete from New Jersey, USA after the Panthers even their record at 2-2 (win-loss) with a 79-66 win over the Cebu Institute of Technology-University (CIT-U) on Sunday night, September 23, 2019.

“So we’re looking forward for more wins in this season,” added Swint as USPF now shares the fourth spot with the University of Cebu (UC) Webmasters.

Swint once again top-scored for the Panthers with 27 points. He also had 30 in another win against UC last September 10.

Swint, who is playing his first year in the league, said he feels the team has improved four games into the season, as shown in their latest win over the gritty Wildcats.

“We played together as a team, we communicated on defense and we were able to win,” said Swint.

Swint said the biggest challenge against the Wildcats was that they can always come back, even when they were down by 10 points. This meant they had to be on their toes all the time.

After tight game in the first three quarters, USPF took control of the ballgame in the final canto to deal the Wildcats their fourth straight loss with no wins yet.

Read Next
‘Holy Grail’ of Philippine maps sells for P46.72M in Magnificent auction