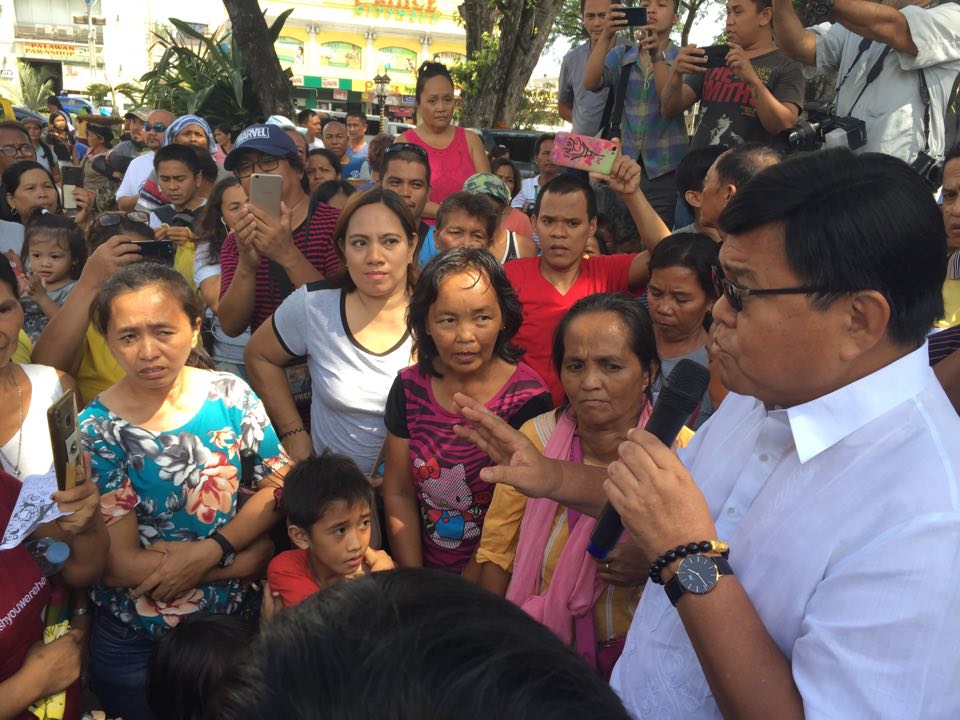 Mayor Edgardo Labella met with some 40 members of the Barug Vendors Coalition this afternoon, October 1, to discuss the city’s plans for sidewalk vendors. | Delta Dyrecka Letigio

CEBU CITY, Philippines –Displaced sidewalk vendors will soon be allowed to return to their vending areas along Colon Street and Osmeña Boulevard, but with some restrictions.

(Let us agree on how to do this properly. We will have to reduce the sizes of your stalls. Impose regulations.)

During their dialog held at the Plaza Sugbu, Labella also informed vendors of the city’s pending appeal for President Rodrigo Duterte to give some leeway to allow vendors to continue to earn for their respective families.

He said that Senator Christopher Bong Go has made a commitment to help bring the city’s concerns to the attention of the President.

Labella asked vendors to be patient and wait a little longer until final arrangements are made before they will be allowed to go back to their vending areas.

In a privilege speech which he delivered in this afternoon’s Council session, Vice Mayor Michael Rama ask Labella to provide relocation sites for the displaced vendors.

“We are meeting a deadline to clear the sidewalks  from vendors, but we should also have to find a market for them,” he said.

Rama said that while the city government understands “that streets are not places of commerce,” they should not also forget to prioritize the welfare of the underprivileged who are trying to earn an honest living. / dcb