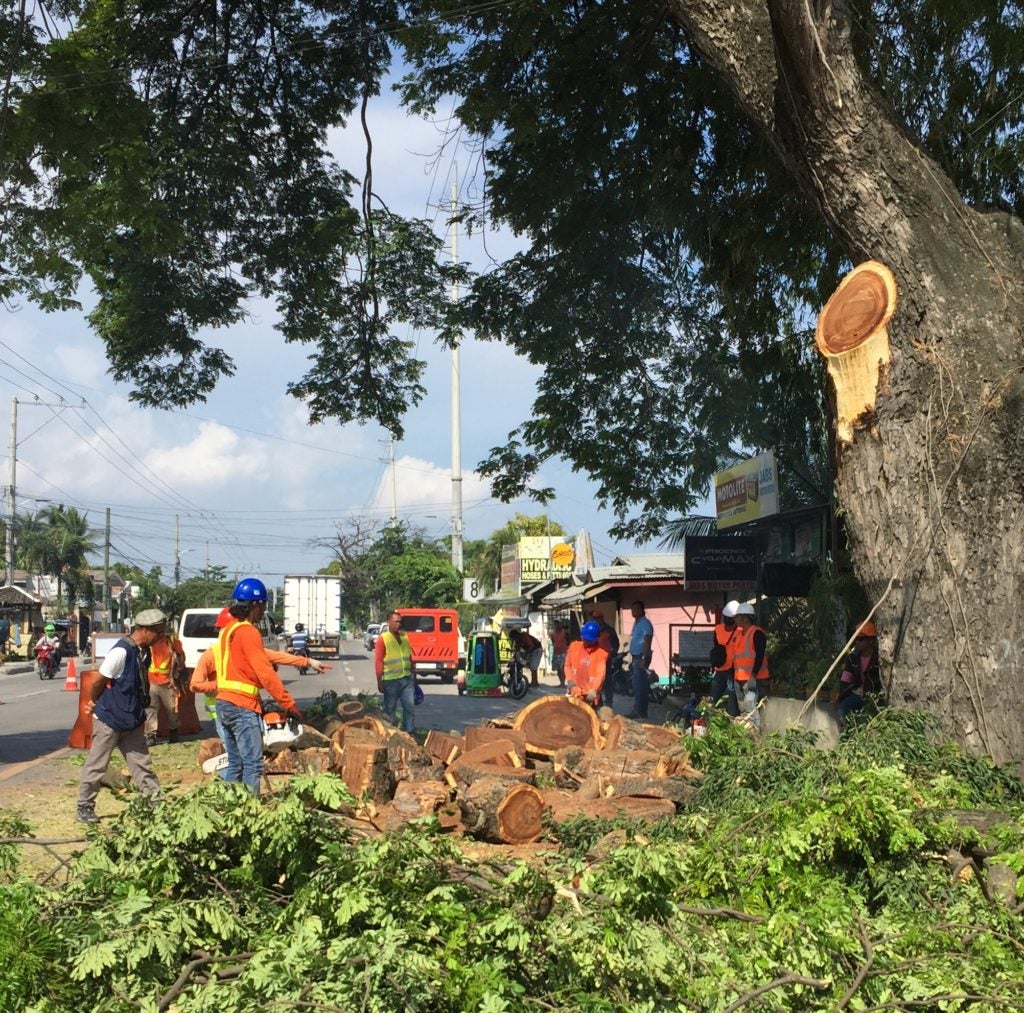 What used to be a branch of an Acacia tree is now reduced to blocks of wood after the DPWH began its tree-cutting in Naga City for its road-widening project. CDN Digital photo | Delta Letigio

NAGA CITY, Cebu, Philippines–On August 8, 2014, a mountain climber of the Inter Mountaineering Society hoisted himself up with a rope on a century-old Acacia tree in Naga City, Cebu to protest the planned cutting of 84 trees that were in immediate risk of toppling.

The trees were saved. At least for the next five years.

On October 4, 2019, the DPWH-7 cut 32 trees in Naga City for its road-widening project. This time, there was no protest made and no environmentalist to stop it.

Instead, residents watched from their roadside shops and from their homes as six Acacia trees were cut in Barangay Inoburan.

No one stopped the personnel of DPWH-7 as they slowly chopped off the trees branch by branch until nothing left was standing. The chopped off wood was carried to the DENR-7 compound in Argao town.

In previous statements, DPWH-7 said this is part of the road-widening projects they are implementing in Metro Cebu.

On October 3, Environmental lawyer Benjamin Cabrido filed before the Court of Appeals in Cebu City a petition for the issuance of a Writ of Kalikasan and a Temporary Environmental Protection Order (Tepo) against the cutting of roadside trees for road widening projects.

The Department of Environment and Natural Resources in Central Visayas (DENR-7) refused to comment on the complaint, saying they already released a statement during the cutting of five trees in Barangay Capitol Site in Cebu City on September 24, which was criticized by netizens online.

Similarly, the tree-cutting activity in Naga City was permitted by DENR-7, and one of the requirements for this permit was the letter of no objection from the local government unit (LGU). 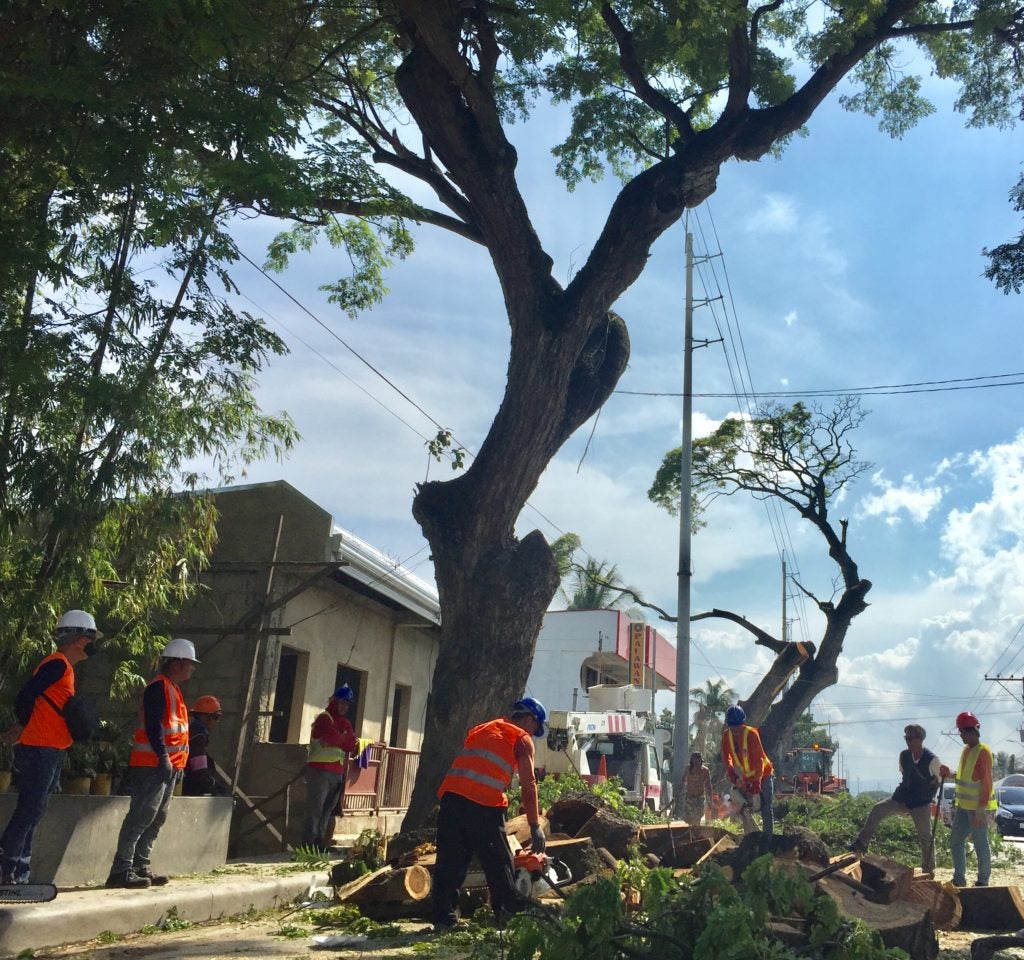 Naga City Administrator, Engineer Arthur Villamor, told CDN Digital that they did not object to the tree cutting because the trees posed as a hazard to the motorists passing by the Cebu South Road, and the residents also feared that some of the old trees may fall.

He said that in July 2013, an Acacia tree fell on the road in Barangay Tinaan and caused traffic in the area during the onslaught of Tropical Storm Isang.

This prompted the city to pose a no-objection stand for the cutting of 32 trees from Barangay Inoburan and Barangay Tinaan.

“People who are looking at this issue from the outside may only think we are cutting centuries-old trees, but the residents of Naga City see these trees as danger to the streets,” said Villamor.

A local bike-shop owner in Barangay Tinaan, who refused to be named, disagreed with Villamor, saying they are actually saddened by the cutting of the trees they grew up with.

The 46-year-old shop owner could only stand and watch as DPWH-7 personnel cut down the tree of his childhood.

(We did not want the trees cut, but that is what the government wants to do. We cannot do anything. We have lost the cool shade from the tree in our shop. The street now looks bare.)

DPWH-7 personnel in the area said they are set to work three times a week for the cutting of 32 trees. They don’t have an exact time frame as to when to cutting will finish.

There is some bright spot to this, though.

Allojado said that even through the 32 trees will be cut, Naga City will be planting 100 trees to replace them in the city’s mountain barangays.

In the end, Allojado said the people will benefit more from the safety brought by cutting the trees than by keeping them in the roadside as a safety hazard.

The shopowner said he could not see the benefit for cutting of the trees, but he said there was no point arguing anymore as their once tall and proud Acacia is now reduced to just a pile of wood in DENR-7’s compound. /bmjo

Read Next
Police to intensify campaign against marijuana