CEBU CITY, Philippines— A freelance photographer from Cebu City braved the rain on Friday night, October 4, to photograph the series of lighting bolts that came with the heavy downpour.

Most of the netizens who saw his photos published online could not help but feel amazed. Others expressed fear.

Lance Matthew Pahang, 20, recalled that he was just very mesmerized with what he saw that he could not stop from clicking his camera then.

“We just came back from the mall after celebrating my mom’s birthday and I was tired so I wasn’t really interested in capturing the lightning. But when my dad told me that he saw a beautiful streak of lightning, I immediately rushed to the rooftop and set up my camera. I spent more or less an hour up there and out of 1000+ photos, these were the ones I liked,” shared Pahang. 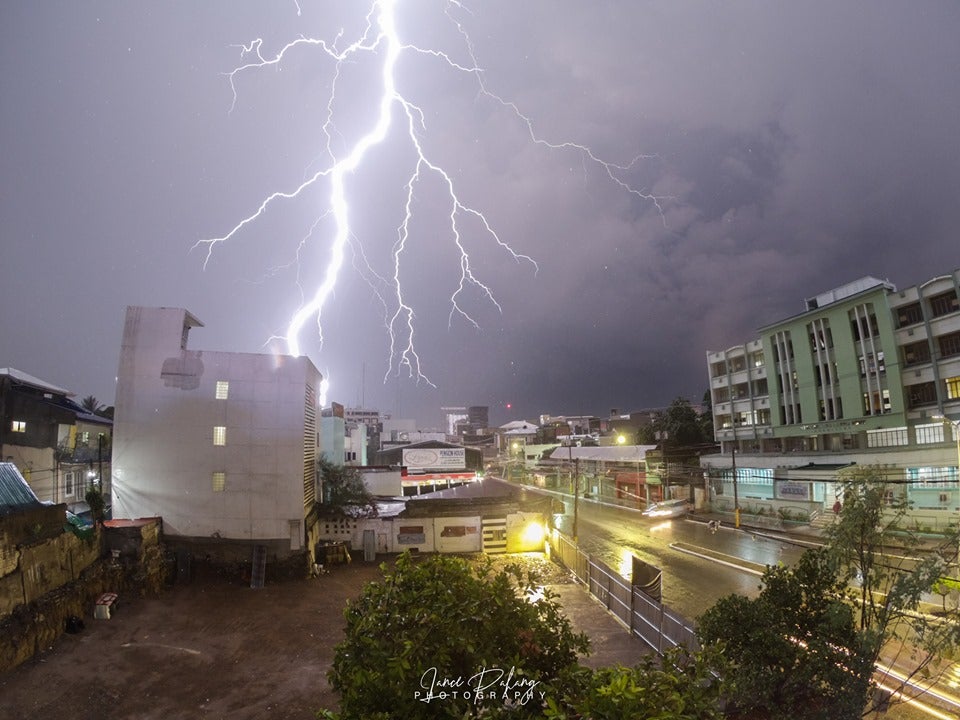 An article it published online says that “lightning is extremely hot—a flash can heat the air around it to temperatures five times hotter than the sun’s surface.”

This heat causes the surrounding air to rapidly expand and vibrate and create the pealing thunder we hear a short time after seeing a lightning flash, it adds.

Pahang, photographer for their school student’s publication at the University of San Carlos Downtown Campus, recalled that he was at first hesitant to document the bolts of lighting that was visible on Cebu’s skies, Friday night. 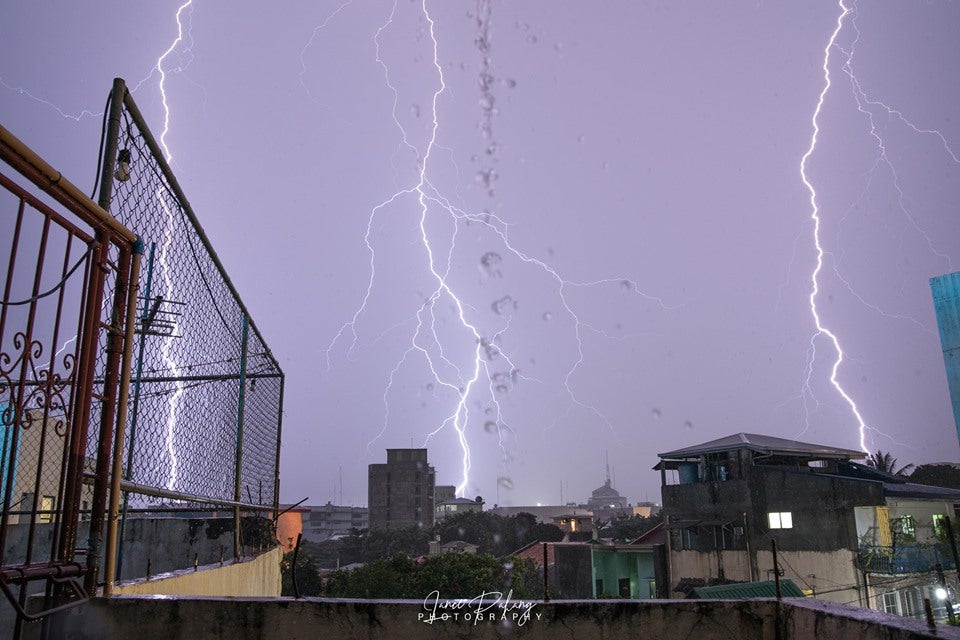 But he got inspired after he saw how beautiful the sky looked from every bolt of lighting.  It was as if he was looking something that could only be seen in the movies, he told CDN Digital.

The second year management student said that he immediate grabbed his camera and positioned himself on the rooftop of their two-storey home in Barangay Day-as.

Pahang said he took more than 1, 000 photos that night but he especially loved 19 of them which he shared on his FB page.

“I think I was also able to capture lightning hitting an electrical wire because the entire sky turned green, hope no one was hurt. Little adjustments to exposure, contrast, highlights, shadows, and clarity,” Pahang said in a Facebook post shortly after midnight on Saturday.