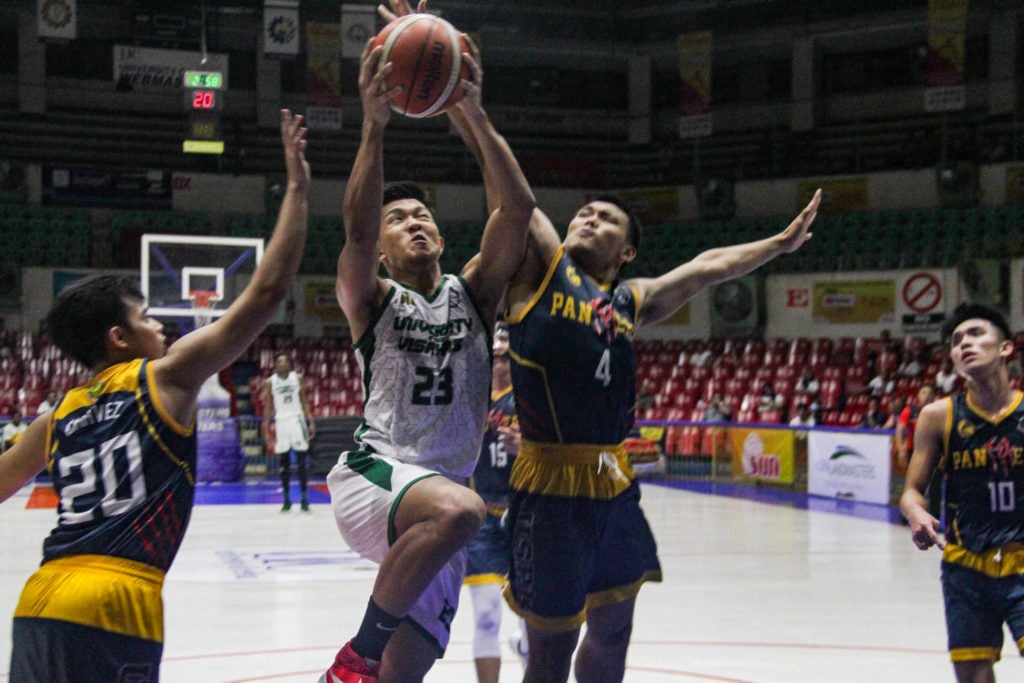 Michael Maestre rushes towards the basket against the USPF Panthers in the regular season of the 19th CESAFI Basketball tournament.

CEBU CITY, Philippines – Defending champion University of the Visayas (UV) Green Lancers did a repeat on the University of Southern Philippines Foundation (USPF) Panthers, 90-80, to open their second round campaign, Tuesday, October 8, 2019.

The Green Lancers extend their winning streak to six and improved their win-loss record to 6-1 in the College division of the ongoing 19th Cesafi men’s basketball tournament despite missing two of their players.

Gileant Delator and Jiesel Tarrosa were serving their one game suspension after they were called for technical fouls and unsportsmanlike behavior in their first game against USPF.

The USPF Panthers dropped to a 3-5 card. USPF import Sameen Swint finished with 30 points, albeit for a losing cause.

Read Next
Finding Nanay Bebing: In search for the woman from unforgettable bus ride