CIT-U Wildcats hope to open Cesafi second round with win 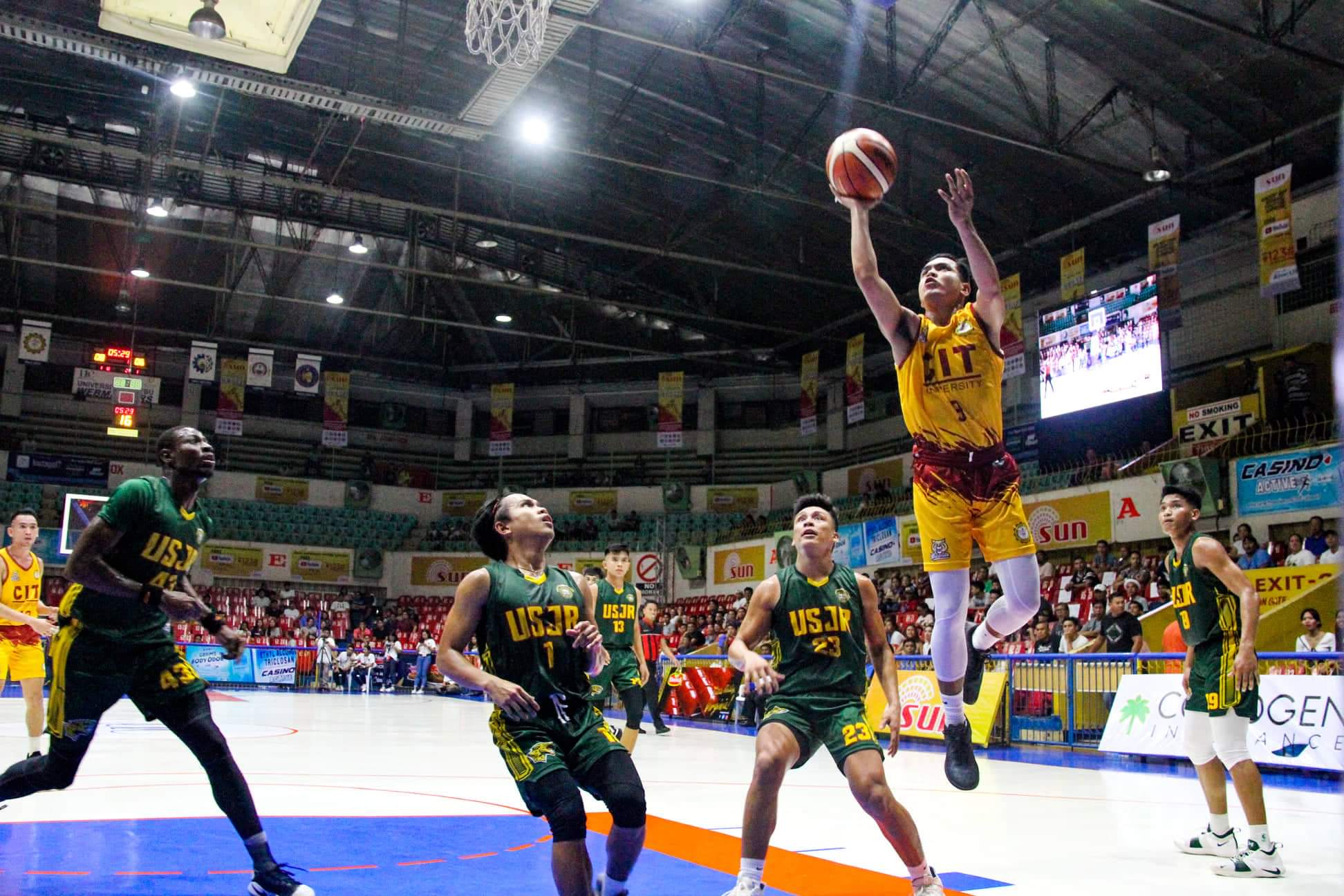 CIT- University’s (CIT-U) Jemcerson Sable rises up for a layup against three University of San Jose Recoletos defenders during their early season matchup for the 19th season of the CESAFI Basketball tournament at the Cebu Coliseum. | CDND PHOTO / Gerard Vincent Francisco

CEBU CITY, Philippines — The Cebu Institute of Technology University (CIT-U) Wildcats are vying to open their second round campaign with a win when they go up against the Southwestern University (SWU) Phinma Cobras in the College division of the ongoing 19th Cesafi men’s basketball tournament.

The CIT-U ended its campaign in the first round with a win-loss record of 1-5. Its lone win, however, could perhaps cover up for a dismal first round as it upset SWU Phinma, 67-62, last September 28.

The Cobras, however, will surely do everything not to let it happen, especially that they have opened the second round with a 66-61 outsmarting of the University of San Carlos (USC) Warriors.

The win also allowed the Cobras to break their second spot tie with the Warriors who have dropped to the third spot with the loss.

The other collegiate game will see the University of San Jose Recoletos (USJ-R) Jaguars going up against University of Cebu (UC) Webmasters.

The Jaguars, last season’s runner-up, hope to continue winning after opening their second round bid with a 77-61 thrashing of the University of Southern Philippines Foundation (USPF) Panthers last October 5.

The Webmasters, on the other hand, hope to open the second round on a high note as they ended the first round with a 79-66 demolition of the CIT-U Wildcats.

In the high school division, the University of the Visayas (UV) Baby Lancers will be vying to improve their record as they go up against the SWU-Phinma Baby Cobras.

The Baby Lancers are currently in the third spot with a 5-2 card while the Baby Cobras are in the eighth place with a 2-4 record.

The other High School game will have current leader UC Baby Webmasters hoping to keep their 6-0 record immaculate as they face Don Bosco Technical College (DBTC) Greywolves, who are currently in the fourth spot with a 4-3 card.