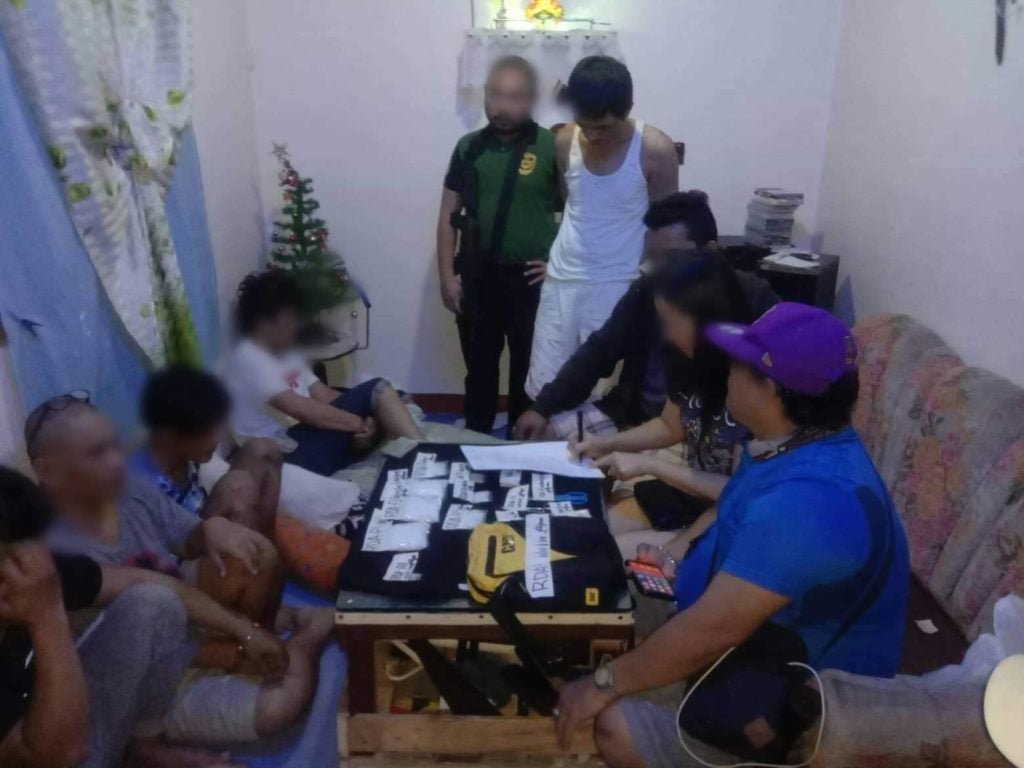 Arrested were house owner Rex Aldia, 45, and his companions Rogelio Delubio Amion, 42, Lyndon Lastimosa, Anthony Rijan and John Amion.  All of the five suspects are from Barangay Lawaan 2.

The raid was made following a buy-bust operation at around 3 a.m. today. It was already the second operation that PIB did in Talisay City in the last 24 hours.  Police also raided a drug den in Sitio San Miguel in Barangay Linao Sunday dawn, October 13.

He said that they immediately raided Alida’s home after a poseur buyer confirmed having bought shabu from the suspect. Alida appeared to be under the influence of illegal drugs during his arrest.

Conag said that all of the five suspects occupied the second floor of Alida’s residence that is made from a combination of concrete and light materials.

He said that Amion was supposed to be the target of their operation. They have been getting information from Lawaan 2 residents on the suspect’s illegal drug activities.

But the two-month surveillance operation that they did on Amion led them to Alida who operates a drug den for Amion’s buyers.

Conag said that Alida tried to elude arrest by jumping from the roof of his two-storey home, but sprained his right foot.

Alida, he said, used his house as a drug den for a fee.  He later on used shabu together with his patrons.

Conag said that Alida is now confined at Vicente Sotto Memorial Medical Center (VSMMC) for the treatment of his sprained leg while the four other suspects were brought to the PIB office located at the Cebu Police Provincial Office (CPPO) in Sitio Sudlon, Barangay Lahug for questioning.

He said that complaints for the violation of the Comprehensive Drugs Act of 2002 are now being prepared against the suspects. / dcb