The BPop competition will be joined by four finalists who were selected during a live elimination round last July 13.

The Basics, The Arkapella, Primiero and Impromptones will battle and sing their hearts out for the Grand Champion Award. The four groups already had a pre-recording of Christmas songs for an album that the organizers will produce and be officially released during the event through the platforms Spotify and Youtube.

Aside from promoting local talents and local music, all the proceeds of BPop will go to the scholarship funds of Primary Structures Educational Foundation Inc. and School of Knowledge for Industrial Labor, Leadership and Service or PSEFI – SKILLS Foundation.

With their first run last year, a total of P500,000 was raised to help give 30 students free education.

Gian Lawrence Pacaldo, one of the members of last year’s BPop grand champion, Vox Anima, said that winning the competition had a positive impact in their lives.

“A lot of people recognize us now and we have many guestings after winning the competition,” Pacaldo added.

The tickets for the benefit competition are sold at P500. Special performances from AWIT award winner Melody Hudgson, Wonggoys, Jerika Teodorica, Johnel Bucog, and Gerlyn Abaño are also the highlights of the event.

The winners will receive P50,000 in cash, a throphy, and guesting contracts with Primary Group of Builders worth P50,000.

Chief Operatinf Officer of PSEFI-SKILLS Foundation Paulette D. Liu said that they are hoping to raise more scholarships funds this year in order to give more free education.

“We like help more Cebuanos not just by giving free education but through providing an avenue to showcase their talents and open more opportunities,” Liu added.

BPop The Acapella Challenge will start at 6 p.m. A Pop up Bazaar by Pop District Bazaar will also join the event at 3 p.m. 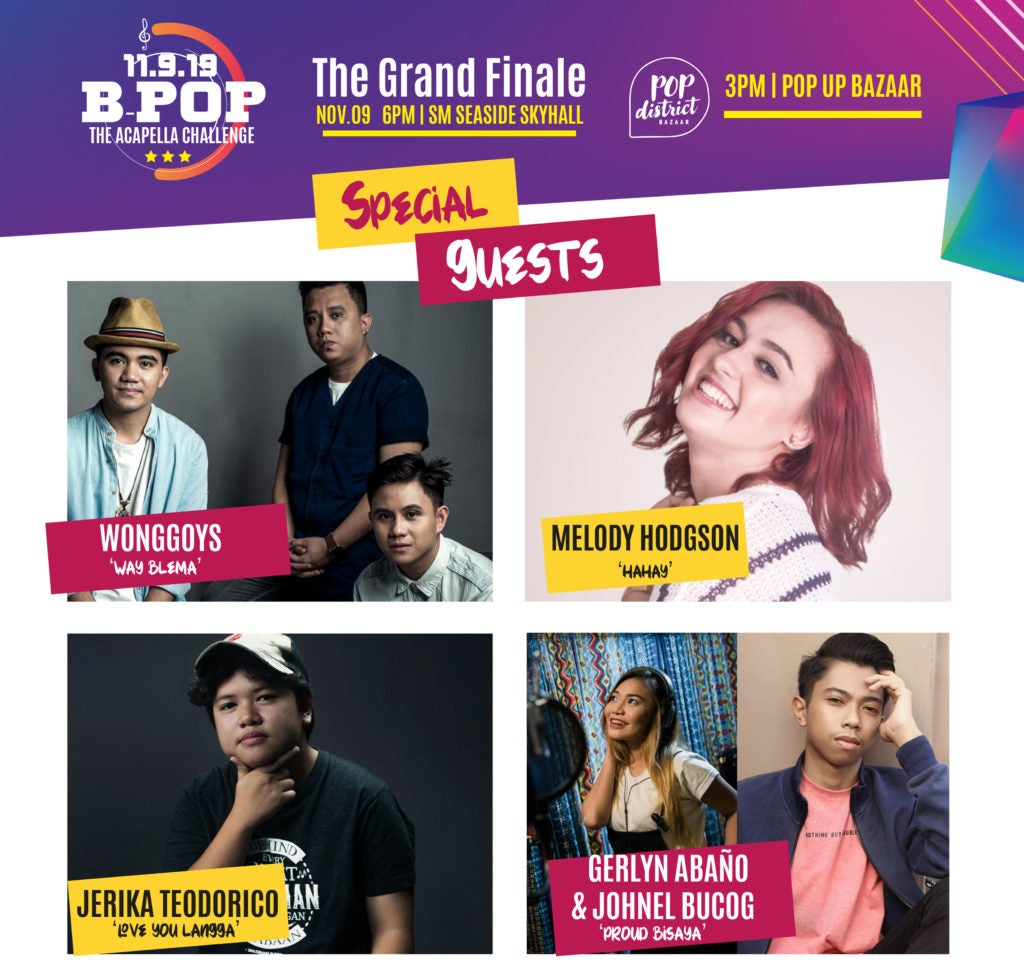