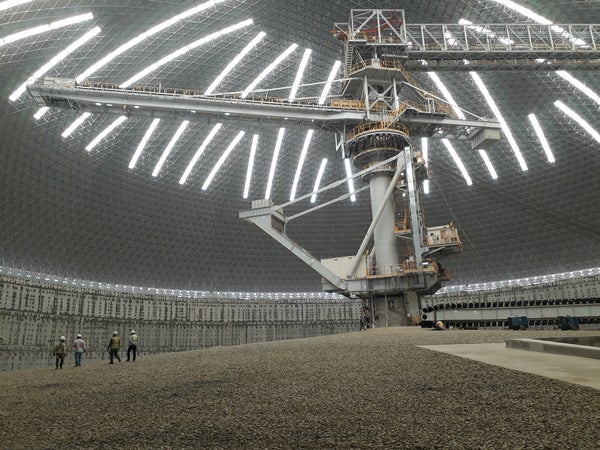 CEBU CITY, Philippines — The Cebu provincial government wanted to already avail of their share of revenues from the operation of power generations companies.

Governor Gwendolyn Garcia is asking gencos to prepare a memorandum of agreement that would allow Capitol to already collect their revenue share.

She said that a department circular issued by the Department of Energy (DOE) in 2018 gives Local Government Units (LGUs) the authority to claim a one centavo share for every kilowatt-hour of energy that they produce.

All that needs to be done is to determine how much gencos actually earned so capitol’s revenue share will also be determined.

Therma Visayas Inc. (TVI) that operates a coal-fueled power plant in Toledo City has earlier informed Garcia that they are now in the process of preparing the MOA that they will ink with the provincial government.  The MOA signing is scheduled on Thursday, October 24, 2019.

“It is actually Thermal Visayas, during their first courtesy call, who informed me of this new development. We would call upon all the other power producers here to be ready with their MOAs also,” said Garcia.

However, Garcia said that she is yet to discuss with TVI representatives during their gathering on Thursday the details of the MOA. TVI started operations just this year.

As soon as the MOA is signed, the provincial government’s revenue share will already be deposited to the Capitol’s trust fund.

The governor expressed confidence that other gencos would also follow TVI’s example.

DOE Circular 2018-08 issued by Energy Secretary Alfonso Cusi in July 2018, mandates gencos to allocate a one centavo share for every kilowatt-hour of energy produced for electrification efforts, development and livelihood, and environmental conservation.

Half of the one centavo share will be set aside as electrification funds for the development of the communities where the gencos are located and for the implementation of livelihood programs in these areas while the remaining half will be allocated for environmental conservation efforts.

The LGUs share is deposited in a trust fund that is placed under the Department of Energy in Central Visayas DOE-7. The amount is later transferred to the LGUs trust fund after they ink a MOA with the concerned gencos.

The circular is based on Republic Act 7638 or the Department of Energy Act of 1992 which provides that the agency should “devise ways and means of giving direct benefits to the province, city, or municipality, especially the community and people affected, and equitable and preferential benefit to the region that hosts the energy resource and/or the energy-generating facility.” / dcb

Read Next
CDO ex-vice mayor, four others linked to a P400-million investment scam nabbed in Cebu