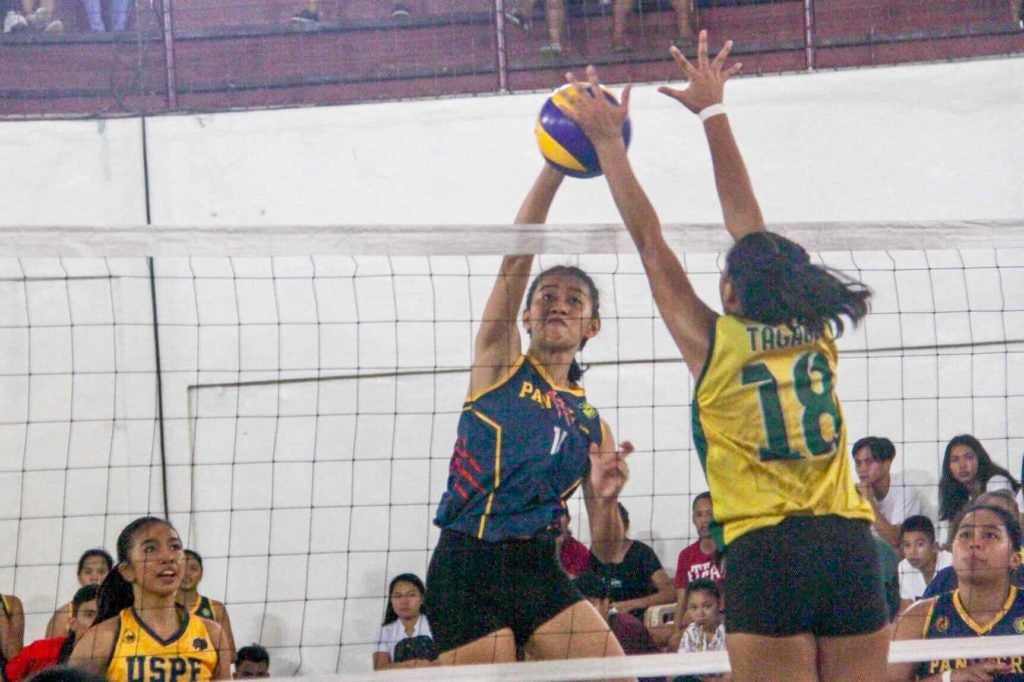 A USJ-R player tries to block the spike of a USPF player in the Game 3 of their Cesafi girls volleyball finals series, Monday, October 28, 2019 at the Aznar Coliseum. Gerard Vincent Francisco

USPF’s Mitzi Panangin was named as the Most Valuable Player and was honored as the best first middle blocker.

Read Next
BI on ‘heightened alert’ vs human trafficking during ‘Undas’