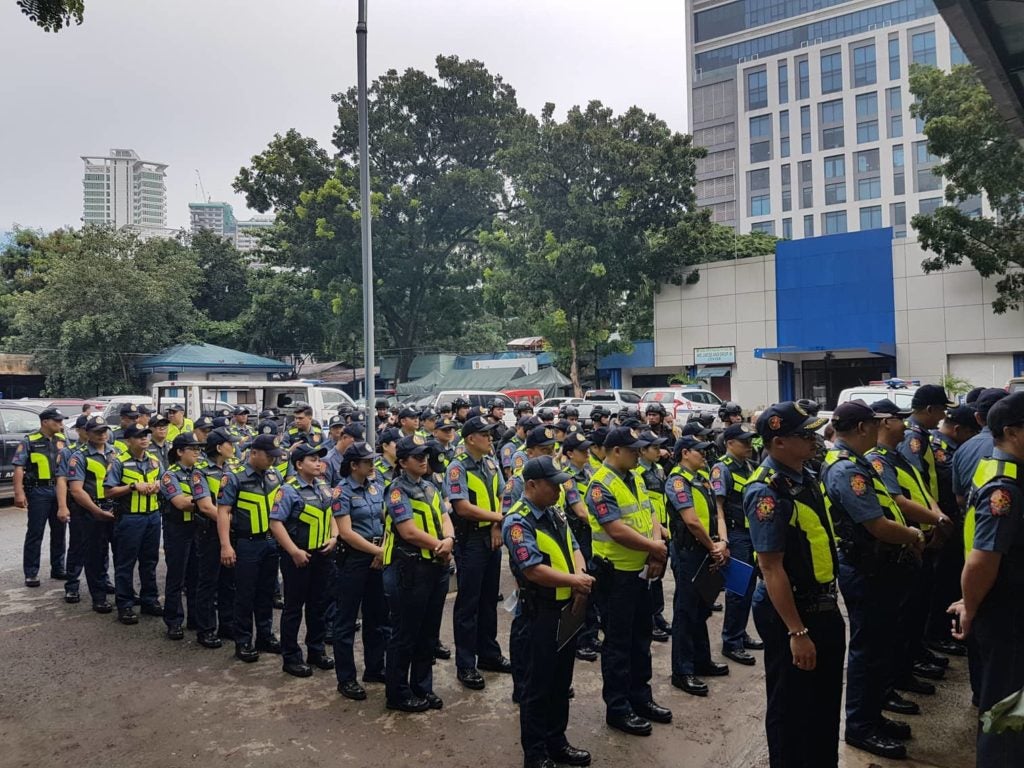 The Cebu City Police Office (CCPO) will deploy 434 officers for All Saint’ Day and All Souls’ Day 2019. | CDN Digital File

The officers from the headquarters composed of the City Mobile Force Company (CMFC), Special Weapons and Tactics (SWAT), were divided into the 11 stations under the CCPO and will be directly supervised by the station commanders.

They will again be deployed in their area of responsibility based on each station’s security action plan for the two-day holiday starting November 1, 2019.

In the send off ceremony this morning, October 31, 2019, Police Lieutenant Colonel Melbert Glade Esguerra, reminded the officers to be mindful with their duties and responsibilities and to be professional in performing them.

He told the officers to never forget to serve with a smile during their duty hours. He also said that the officers need only perseverance and alertness to get through this busy event.

As the status was raised on full alert for the coming event, Esguerra told the officers to not only be on alert with the safety of others but also of themselves as they will be the ones responding to emergencies.

“Be aware of your surroundings, especially with your personal security,” said Esguerra.

The final reminders and instructions, according to Esguuerra, will be given by the station commanders where the respective officers will be assigned.

Meanwhile, Police Colonel Gemma Vinluan, chief of the CCPO, told reporters that Police Colonel Geovanie Maines, deputy regional director for operations, will be overseeing the security plans of CCPO for the holidays as she is placed under administrative relief.

“This is a periodic activity there is already an in placed security measures,” said De Leon.

He added that the action plans were an enhanced security system from the previous years. /bmjo