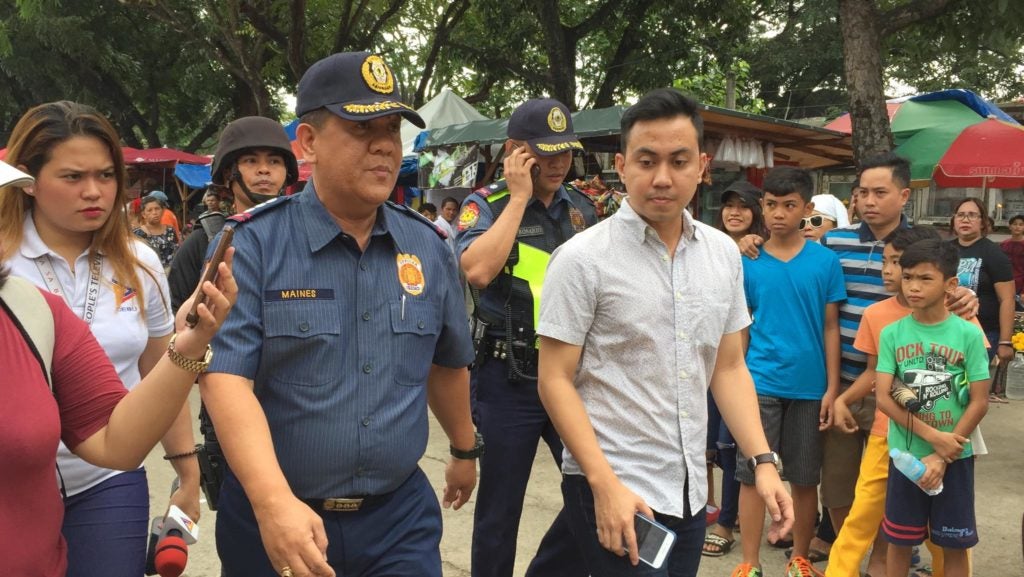 CEBU CITY, Philippines — Police Colonel Geovanie Maines, officer-in-charge of the Cebu City Police Office (CCPO), reminded his officers who are on duty for Kalag-kalag 2019 to be extra vigilant at night time .

During a visit to the Calamba Cemetery on Friday morning, November 1, 2019, he told officers that crimes are most likely to happen during night time, therefore the security should be tighter.

(Don’t leave them. If the people are up all night, you should be too.)

In an interview with the reporters, Maines shared that the police have not received any untoward incidents as of 11 a.m. of Friday.

He said the public was generally cooperative with the set rules and regulations inside the cemetery.

Although there were several bladed weapons confiscated, Maines said they were mostly for tomb cleaning and will still be returned to the owners once they leave the cemetery.

He said they are expecting more people to arrive in the afternoon.

Based from their estimated crowd last year, Bentulan said that they are expecting at least 30,000 individuals visiting the cemetery on Friday. /bmjo