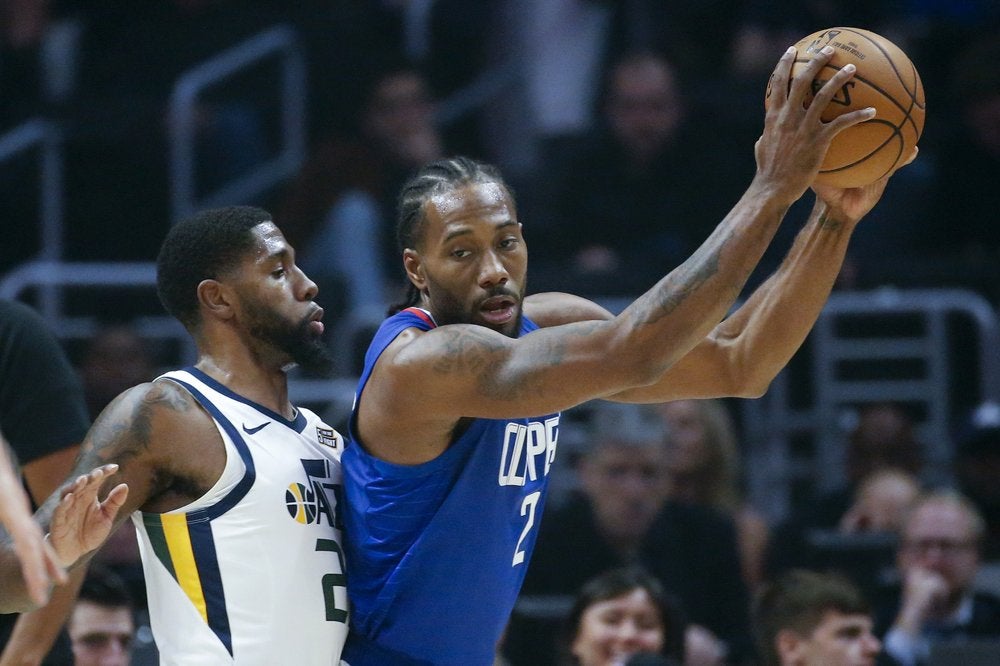 LOS ANGELES  — Kawhi Leonard scored 18 of his 30 points in the fourth quarter to lead the Los Angeles Clippers to a 105-94 victory over the Utah Jazz on Sunday night (Monday morning, November 4, 2019, Philippine time).

Leonard’s scoring surge helped the Clippers erase a double-digit second-half deficit and remain unbeaten (4-0) at home. He only made 9 of 26 shots, but with the game tied at 86, Leonard scored six points to spark a 19-8 run to close out the victory.

After trailing by eight points in the opening quarter, the Clippers opened the second quarter on a 20-4 run. Landry Shamet’s 3-pointer gave Los Angeles a 36-24 lead at the 4:53 mark. The Jazz responded with a 17-3 run to finish the quarter and Mitchell’s basket in the final minute gave Utah a 41-39 lead at the break.

Both teams shot under 35 percent in the opening half. Leonard made just one of nine shots in the first half and scored only five points.

Read Next
Philippines among countries most threatened by rising seas, says new study