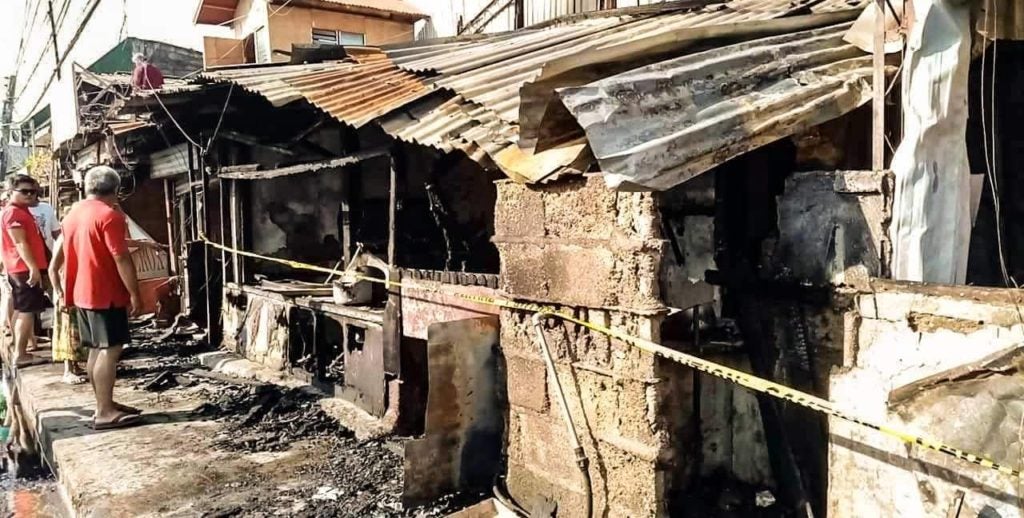 This is the aftermath of the early morning fire in Tabok, Mandaue City, which gutted down an eatery and damaged two other shops on Tuesday, November 5, 2019. CDN Digital photo | Paul Lauro

CEBU CITY, Philippines — An eatery was burned down while two other establishments were partially damaged in an early morning fire in Barangay Tabok in Mandaue City on Tuesday, November 5, 2019.

Codilla said their initial investigation revealed that a leak in the liquefied petroleum gas (LPG) tank used by the eatery caused the fire.

“When the cook opened the valve (of the stove) to cook, it immediately caught fire. This means that there was already fumes in the vicinity when she turned on the stove,” Codilla told CDN Digital.

Codilla said the ceiling of a salon and a photo studio beside the eatery were damaged.

Meanwhile, the Capitol is asking local government units (LGUs) to review and assess the fire safety compliance of establishments in their areas of jurisdiction.

On Monday, November 4, the Provincial Board passed in mass motion Ouano’s resolution urging all LGUs to mobilize their Office of the Building Official (OBO) and Local Disaster Risk Reduction and Management Office (LDRRMO) in coordination with the local Bureau of Fire Protection since the latter is adept in existing fire safety standards.

Ouano, who chairs the Committee on Public Safety, Peace and Order and Dangerous Drugs Abuse Prevention, also said the measure is relevant, especially that the Christmas season is fast approaching.

“Local government units in the city and municipal levels shall be responsible in fire prevention and various emergency services,” Ouano’s resolution reads. /bmjo