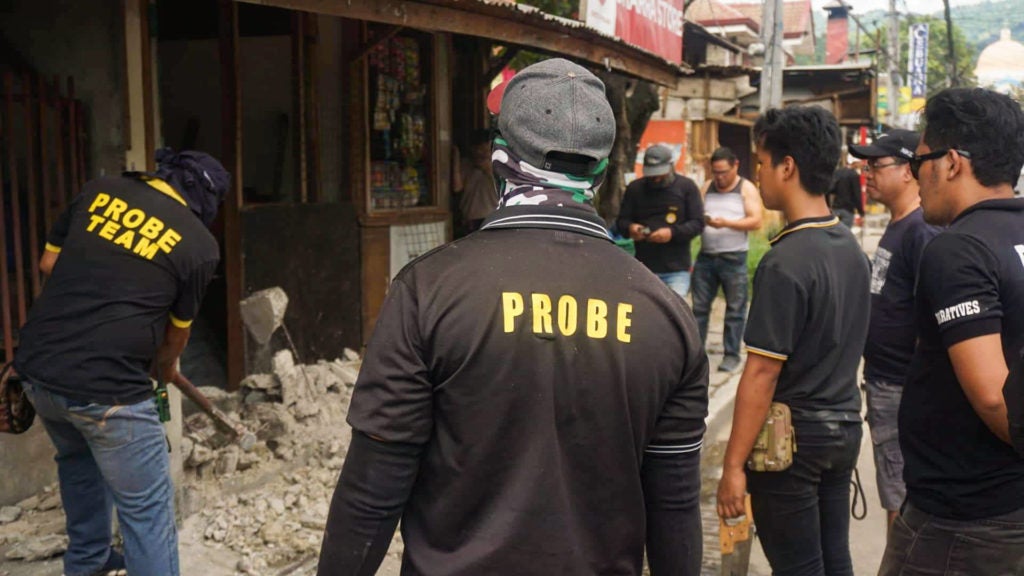 According to Jonathan Villa, the ground commander of the demolition team, the operation was done to clear the sidewalk from structures violating the 1.5-meter easement rule.

At least 11 structures had to be demolished by PROBE, including gates of residences, fences, vending stalls, and signages.

Another 18 structures were voluntarily removed by its owners in compliance to the demolition.

(These are the structures that encroached the easement line. They are obstructions to the sidewalk),” said Villa.

Villa said there was no resistance from the residents during the operation. In fact, some of them volunteered to remove their own structures.

He said this goes to show that the public understands the rationale of removing the obstructions in the sidewalks, and they are willing to do their share if necessary.

This is the fourth demolition done in V. Rama Avenue since October 16, 2019, when the demolition notices were issued to the owners of the violating structures.

Prior to October 16, owners were given at least 30 days to remove illegal structures along V. Rama Avenue.

Villa said the clearing of V. Rama will continue until November as thee are still many areas that need to be cleared, including the back of the Guadalupe Church.

The clearing operations is in line with the mandate of the Department of Interior and Local Government (DILG) to remove obstructions in the street and sidewalks.

The couple volunteered to destroy the concrete structure that was on the sidewalk themselves so they could reuse the materials for profit.

Once the clearing operations will be finished, Marciana, 68, said that she will continue to manage the store they own along the sidewalk.

(We can’t do anything because it is the government’s order.) /bmjo