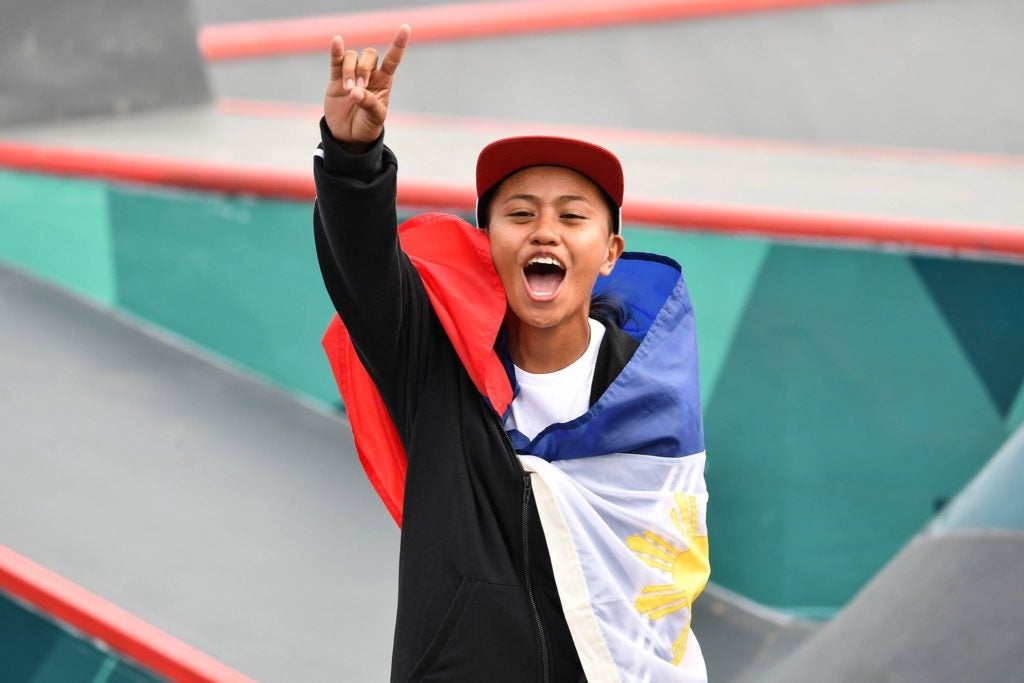 The 19-year-old Yulo will be the torchbearer for the Philippine delegation, an honor that comes on the heels of a whirlwind stretch kicked off by his historic gold medal victory in the FIG World Artistic Gymnastics Championship last month in Stuttgart, Germany, which catapulted him to fame.

There was no formal announcement yet from the Philippine Olympic Committee, but sources said these athletes have already been handpicked to star in the elaborate opening rites of the SEA Games on November 30, 2019 at Philippine Arena in Bocaue, Bulacan.

The skateboarding heroine from Cebu also ruled the Ladies Day Skate competition at The Berrics, a popular indoor skate park in Los Angeles.

These two tournaments have boosted Didal’s confidence going into another Olympic ranking competition on Nov. 10 at Rio de Janeiro, Brazil.

Diaz and Didal are two of the country’s brightest hopes for a drought-snapping Olympic gold in Tokyo next year, along with Obiena and Yulo.

Obiena, a second-generation pole vaulter, became the first Filipino to qualify in the 2020 Tokyo Olympics before Yulo joined him after advancing to the finals of the world championship.