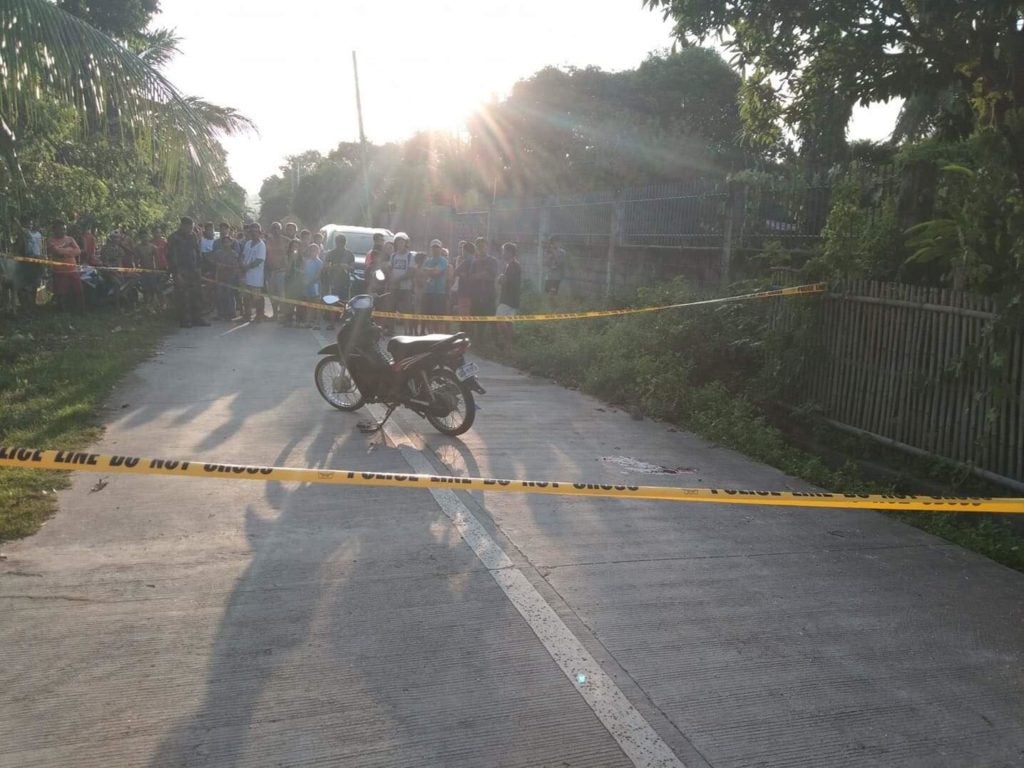 Police cordon the area in Roosevelt Street, Barangay Poblacion of Zamboanguita town where Mario Japinan Gutierrez, 32, was shot dead by suspects riding in tandem on a motorcycle on Nov. 9, 2019. |CONTRIBUTED PHOTO

CEBU CITY, Philippines — In defense of his sister who was having a fight with her husband, a man stabbed his brother-in-law dead in Minglanilla, Cebu.

The police in Minglanilla town in southern Cebu arrested charcoal maker Violito Repuela, 46, shortly before midnight on Saturday, November 9, 2019, for killing Alexander Libatan, 46, the husband of his sister Violeta.

Police Master Sergeant Junyl Ater, of the Minglanilla police, said that Repuala arrived in the house of his sister on Saturday night and found that she was arguing with her husband.

Repuela, according to Ater, was under the influence of alcohol.

In the middle of the couple’s quarrel, Repuela got angry and sided with his sister, prompting him to get a knife from the kitchen and stabbed Libaton directly in the chest.

Libaton was already dead when the authorities arrived in their home while Repuela was nowhere to be found.

An hour later, or sometime past 11 p.m., Repuela was captured in the same Barangay in a hot pursuit operation.

Repuela is now detained at the Minglanilla police station, where he will wait for the homicide case to be filed against him on Monday, November 11, 2019.

In Negros Oriental, a motorcycle-riding man was killed by suspects riding in tandem in another motorcycle shortly before 5 p.m. on Saturday in Roosevelt Street, Barangay Poblacion of Zamboanguita town.

Police identified the victim as Mario Japinan Gutierrez, 32, of the same barangay.

Police Chief Master Sargeant Arman Trinidad, investigator of the Zamboanguita Police, said the victim was on his way the back rider of the motorcycle coming from behind shot him several times.

The victim was brought to a private hospital in Dumaguete City but died an hour later.

Trinidad said eight empty shells from a caliber 45 pistol were recovered from the crime scene.

Police have yet to determine the motive for the killing. /elb