Teacher’s family, friends appeal to public: Don’t be too quick to judge Nenita Narbuada, 63, holds back her tears as she calls for the public to hold their judgment against arrested teacher Rodymar Lelis. | CDND PHOTO / Raul Tabanao

CEBU CITY, Philippines — Nenita Narbuada, 63, has one appeal for the public: to hold back their judgment on arrested teacher Rodymar Lelis.

Alhough not related to Lelis by blood, Narbuada took care of Lelis since he and his three siblings were orphaned at an early age.

(I stood as their mother because those kids were really responsible. They were not rude.. they did not pick fights.)

The Lelis’ family are natives of Barangay T. Padilla.

Since his parents died, Narbuada said she would ask Lelis to run errands for her store at the public market so she could give him money to use for his schooling.

The challenges that Lelis faced, Narbuada said, never dampened his spirit and eagerness to finish his schooling.

Lelis later earned his degree in Special Education and even graduated with Latin Honors from Cebu Normal University.

Agustin and Lelis were childhood friends.

“Hardworking gyud na siya. Pirmi na siya Science class. [The sections were] A and B man na, pirmi pod siya A (he always belonged to section A),” Agustin said.

Even after he already landed a job as a special education teacher at Zapatera Integrated School, Narbuada said Lelis would still work in the evening as a habal-habal (motorcycle-for-hire) driver.

A co-teacher, whom CDN Digital spoke with, said they never had any problem with Lelis professionally. 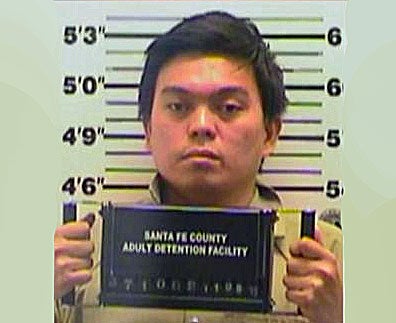 Last September, he flew to New Mexico in the US in search for “greener pastures.”

He was hired to teach in a public elementary school in Española, New Mexico.

His luck, however, was short-lived after he was nabbed for allegedly accessing child pornography.

(We do not understand how could that happen to him in just a short span of time that he stayed there.)

Narbuada appealed to the public not to judge Lelis especially that they did not know his story.

(I appeal to people to pray that those who arrested him would feel for him. Don’t add insult to the injury because no one is perfect.)

She said they would continue to seek help to free Lelis, who is now detained at the Santa Fe County Adult Detention Facility.

In 2018, Lelis was also arrested during the Palarong Pambansa in Ilocos Sur after he was accused of making unwanted sexual advances towards a 14-year-old male athlete from Olongapo City.

According to Narbuada, the case was dismissed later that year after the parents of the child failed to attend the court hearings. / celr

Read Next
SWU-Phinma is back in the Cesafi finals