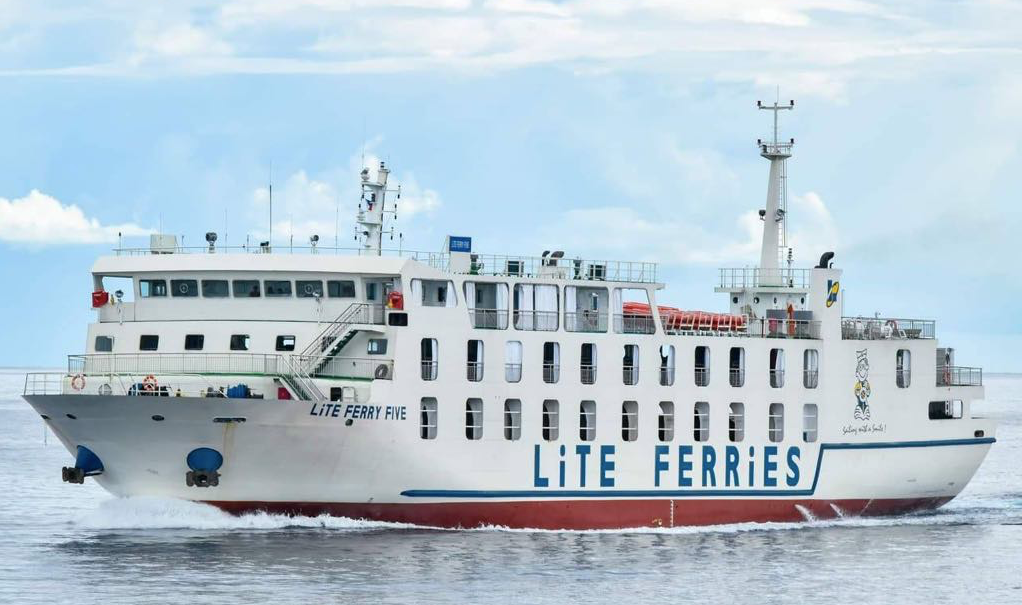 Lite Shipping held the blessing and inauguration of its newest vessel, the M/V Lite Ferry Five, on Monday, November 18, 2019.

In a brief interview, Duterte recognized the role of the newest Lite Ferries’ vessel in the economy.

“I know that this will boost the economy of Dipolog and Oslob and help transportation and, of course, public service,” she said.

Lim recalled that Lite Shipping opened Samboan to Dapitan route around 10 years ago.

“Since the first few years we lost money but since that time, we were able to develop that route,” he said.

According to Lim, they also started the first Bogo to Calbayog route.

He added that the route would help boost tourism in Oslob since Lite Ferry Five can carry Ceres buses directly from Zamboanga peninsula.

However, the vessel will temporarily take the Oslob, Cebu to Dapitan City route, pending the completion of dredging of the Dipolog Port.

Lim said the dredging of the port would be completed in six months.

Lite Ferry Five is a 75-meter long roll-on-roll-off (RO-RO) passenger coastwise ship, with a gross registered tonnage of 2,895 tons. It was built in China but classed by RINA of Italy.

The company will also add to its fleet a second brand new vessel, the M/V Lite Ferry Nine. The vessel will serve another missionary route, the Jagna, Bohol to Cagayan de Oro./dbs